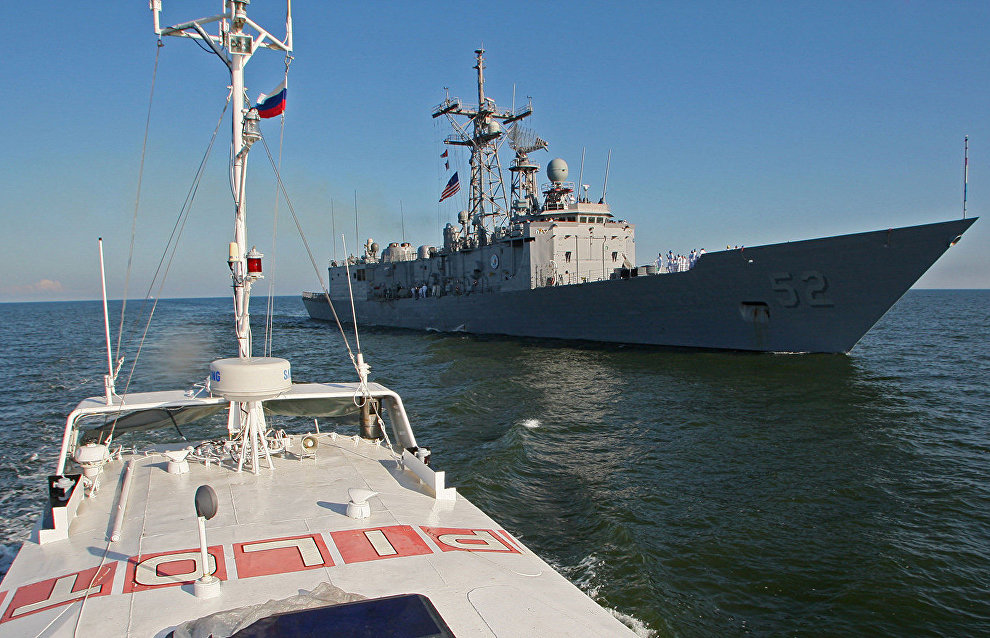 Foreign Ministry: In military planning, Russia considers US naval operations in the Arctic

Russia's armed forces are taking the operations of the US Navy in the Arctic into consideration in their planning and response activities, according to Deputy Foreign Minister Sergei Ryabkov.

In his interview with the International Affairs magazine, Ryabkov noted that the US Navy traditionally defended, at the level of doctrine, its freedom to carry out its operations anywhere in the ocean, but "in the sense of the standard and applied norms of the naval law, although the US has not signed the Convention on the Law of the Sea."

"In circumstances where Russia and China have been officially declared opponents of the US in military and political documents, certain steps are taken, let me put it like this, to test response capability, including response among different branches of the Russian military, and probably Chinese too, to various actions, including those in close proximity of our borders," Ryabkov said.

"We can see the US Navy and its allies appearing in the Black Sea more often. We can see this activity in the Pacific Region. You are talking about the Arctic, although operations have been carried out there for a long time, including by the US undersea fleet," Ryabkov noted.

"I can assure you that our military personnel is closely monitoring this situation and taking it into consideration in detail when planning or responding," the deputy minister stressed.

Ryabkov pointed out that this was also apparent to his US colleagues.