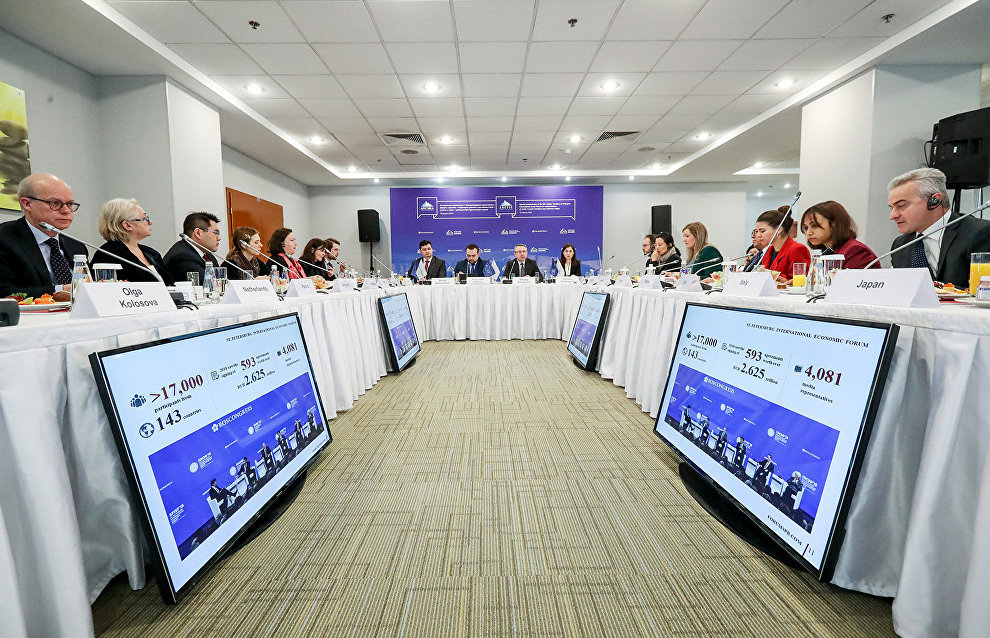 The number of potential participants due to attend the Arctic: Territory of Dialogue International Arctic Forum to be held in St. Petersburg is to be about three times higher than the organizers initially planned, Roscongress Foundation reported following their special presentation of the forum organized for the diplomatic corps of the Arctic Council's member states and observer countries held on Monday.

"The number of potential participants due to attend the 2019 Arсtic Forum that expressed their interest in its business programme has exceeded the planned number of participants by almost three times," the message said, citing Presidential Adviser Anton Kobyakov.

Establishing international projects in the Arctic "will ensure a breakthrough in the sphere of increasing the volume of trade and economic relations between Russia and some of the world's leading countries, improving the business climate and the geopolitical environment in general," Kobyakov said. "We hear a lot about global threats and risks; nevertheless, we want to create a positive agenda and to point things in the right direction in order to help improve the global economic environment," he added.

The upcoming forum will provide the Arctic Council partners, representatives from other interested countries, non-governmental and international organisations, business structures and the scientific community with a "good opportunity" to discuss the most pressing topics and concerns in the Arctic Region as well as ways to solve them, said Nikolai Korchunov, Russian Foreign Ministry's ambassador-at-large.

The architecture of the forum's business program will be defined in the near future. The program's three major sections will encompass the entire spectrum of economic, social and environmental issues of the Arctic development.

The 5th Arctic: Territory of Dialogue International Arctic Forum will be held in St. Petersburg on April 9-10, 2019.