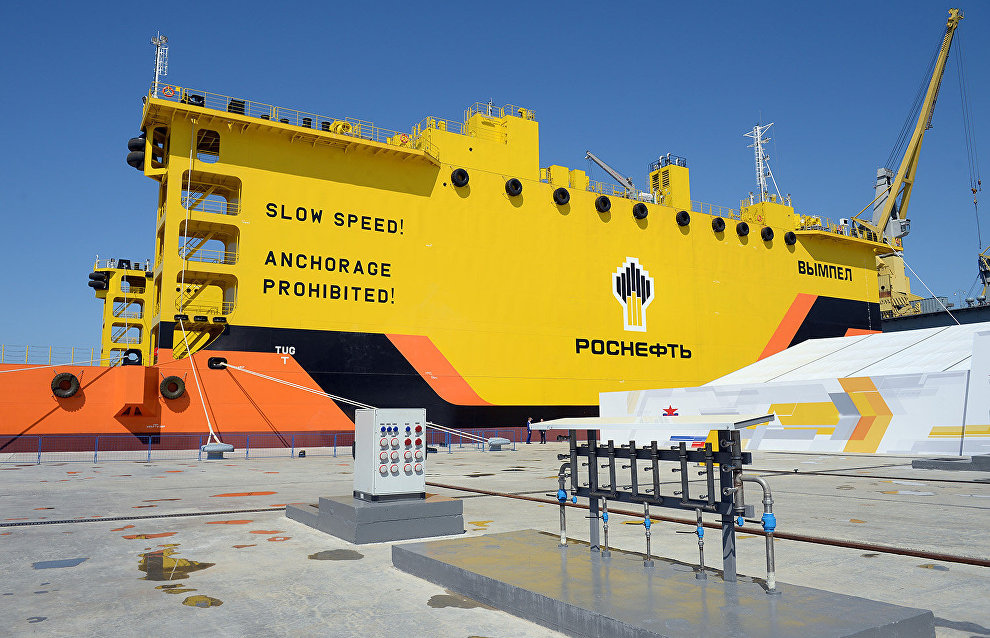 Russian state oil giant Rosneft is set to transport more oil from the new Vankorsky field cluster via the Northern Sea Route, after building a 600-kilometer long pipeline toward the Taimyr coast, the newspaper Kommersant writes, quoting its sources.

According to the paper, Neftegazholding and Rosatom CEOs Eduard Khudainatov and Alexei Likhachev asked Russian Deputy Prime Minister Maxim Akimov to assess the need for establishing a joint oil supply infrastructure for the Payakhskiye field cluster owned by Neftegazholding and Rosneft's Vankorsky field cluster (that would help boost freight traffic along the Northern Sea Route). Khudainatov and Likhachev believe that it might prove impossible to quickly fulfil the Russian President's instruction to expand the Route's freight traffic volumes to 80 million metric tons by 2024, the paper's sources noted.

When asked about this, Rosneft, Neftegazholding and Rosatom declined to comment. According to the paper's Rosatom source, the state-owned corporation believes that more and more Arctic projects help expand freight traffic and boost icebreaker demand.

According to the paper, Neftegazholding and Rosneft want to transport 20 million metric tons of oil via the above-mentioned pipeline and an oil terminal in Sever Harbor by 2024, with oil from the Vankorsky field cluster accounting for 50 percent of the total amount. There are plans to deliver part of this oil aboard tankers due east via the Bering Strait. Corporate executives hope that these ventures will be producing 50-55 million metric tons of oil by 2035, the paper writes.