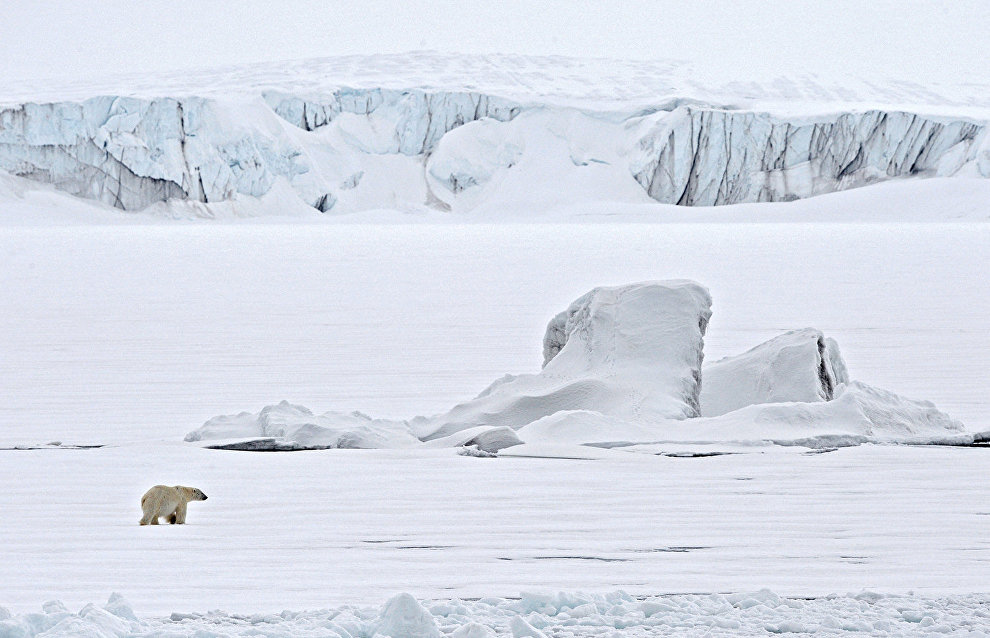 A group of expert biologists who arrived at the Novaya Zemlya Archipelago, where there was an invasion of polar bears this February, observed a rare phenomenon: a strong katabatic wind called bora that can reach a speed of 60 meters per second, according to the website of the Russian Arctic National Park.

The experts arrived at Novaya Zemlya on February 14 to give their recommendations during the challenging situation that arose after about 50 polar bears entered villages and threatened people's safety.

"The scientists' aim was to study polar bears and their behavior. Working in Polar regions, especially during winter, is often difficult. A very strong katabatic wind is one of the challenges. It is a rare phenomenon that is called bora," a spokesperson of the park added.

According to the scientists, the Novaya Zemlya bora is a strong surface wind, which usually arrives during the winter, with gusts that can reach speeds similar to those of a car: 60 m per second. The wind arises when air crosses mountain ridges.

"The phenomenon is characterized by increased wind speed, changes in the air temperature and a drop in pressure on the downwind side. On Novaya Zemlya, bora can result in either lower temperatures with a northeastern wind from Taimyr, or higher temperatures if the wind blows from the southeast," scientists say.

Although the phenomenon is localized, it can have an impact on water circulation in the Arctic basin due to an increased heat loss from the surface of the sea near the western coast of Novaya Zemlya.