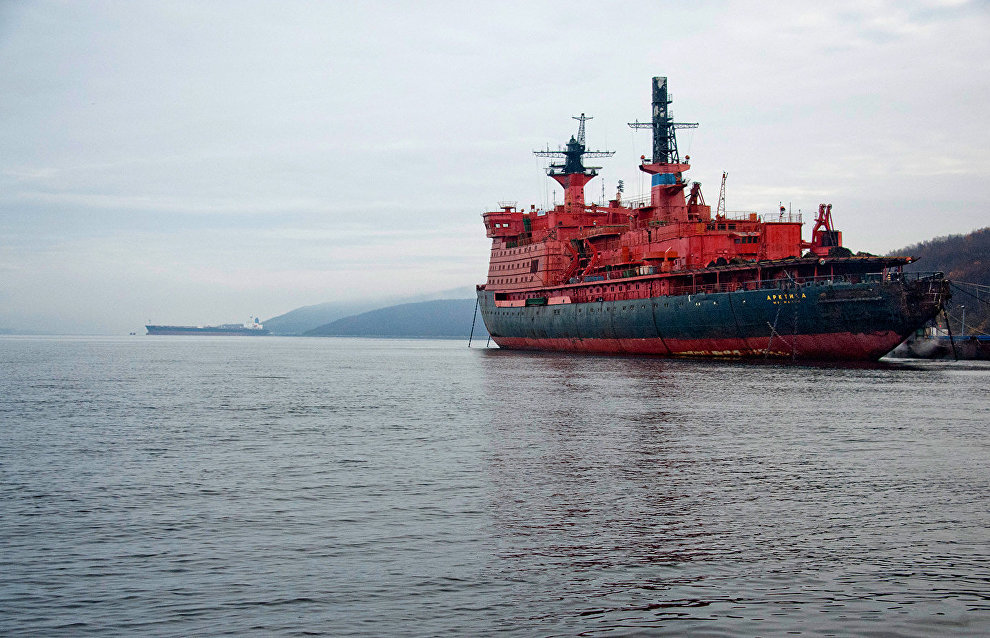 The Project 22220 multirole nuclear-powered icebreaker Arktika, the first ship in the series, is to enter into service in May 2020, according to Atomflot General Director Mustafa Kashka.

"The ship's official commissioning has been put off until May 2020," Kashka told the newspaper Strana Rosatom (Rosatom Country), the official mouthpiece of the Russian nuclear sector.  He recalled that the icebreaker's trial run would commence in December 2019, that is, after Atomflot starts operating it.

On commission from Rosatom, the Baltic Shipyard in St. Petersburg is currently building three new Project 22220 multirole nuclear-powered icebreakers, including the lead ship Arktika and the first production ship Sibir that have already been launched. Ural, the second production icebreaker, remains on the slipway. There were plans to commission these icebreakers in 2017, 2019 and 2020, respectively; but these deadlines were repeatedly put off, due to alleged problems regarding the delivery of turbine equipment for their propulsion units. So far, the Arktika, the Sibir and the Ural are to enter service in 2019, 2020 and 2021, respectively.

These Project 22220 60-megawatt multi-role nuclear-powered icebreakers will become the largest as well as the mightiest in the world.