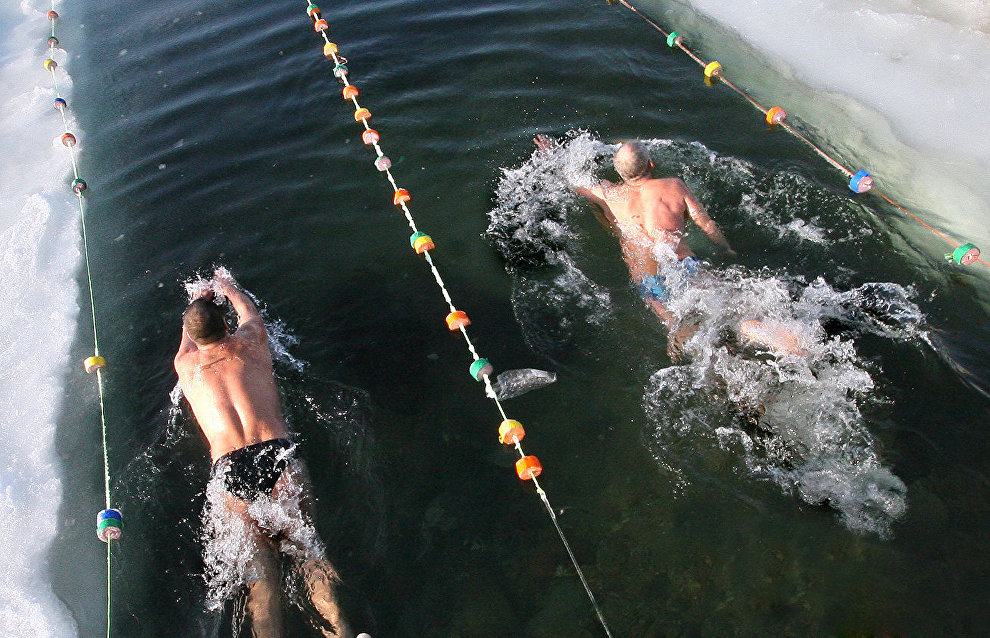 About 400 athletes from over 30 countries, including Morocco, Chile and South Africa, will take part in the 3rd World Championship and the 1st Arctic Cup devoted to ice swimming that will take place in Murmansk this weekend, the organizers said at a news conference on Monday.

Murmansk hosted the 1st Ice Swimming Championship back in 2015 when there were only 40 participants, but this time 117 swimmers will test their strength in Murmansk, with over 270 people taking part in the 1st Arctic Cup.

According to the World Cup conditions, athletes have to swim 1,000 m taking no longer than 25 minutes. "If an athlete requires more time, he or she will be disqualified," said Andrei Sysoyev, head of the Murmansk Administration.

Murmansk Mayor Tamara Pryamikova said that 170 foreign and 230 Russian athletes had applied to participate. They will swim 50, 100, 200 or 500 m. "Athletes will come here from 32 countries. Morocco, Chile, South Africa and New Zealand are the most exotic ones," she said.

Each participant will get a three-layered bathrobe that will help them to warm up after they come out of the water.

According to Sysoyev, the last touches are being applied on Lake Semyonovskoye in Murmansk where the cups' event will be held. Special attention is paid to security. The ice is about 40-50 cm thick and the water temperature will be about zero degrees.

The organizers promise that the future pool will comply with the Olympic standards: it is designed to have ten 25-meter-long tracks with a sensor system to record when athletes finish.

The competition will take place in Murmansk from March 15 to 17. Winners will receive cups and medals. A bear cub is the emblem of the championship, and a baby seal for the Arctic Cup.