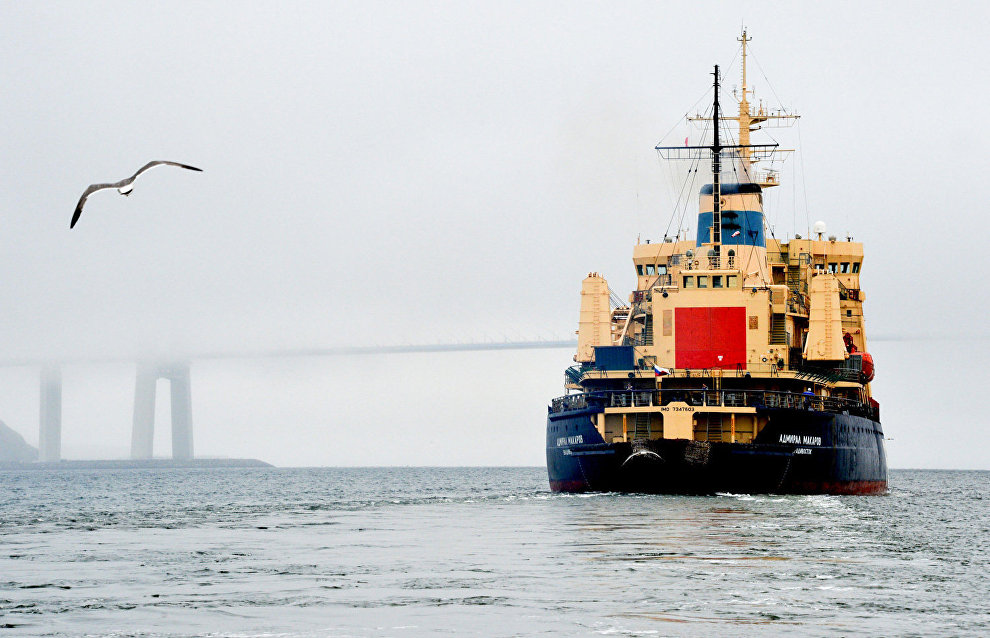 Most items on the Arctic forum's agenda will focus on promoting the competitiveness of the Northern Sea Route, said Russian Deputy Prime Minister and Presidential Plenipotentiary Envoy to the Far Eastern Federal District Yury Trutnev.

"We still have a lot to accomplish. My Government colleagues and I are working on this. But, to my mind, it is important to start expanding the Northern Sea Route's freight traffic volumes, so that this route would become competitive and would gradually start handling part of the Suez Canal's freight traffic. This is a major aspect of the Arctic forum's agenda," Trutnev told journalists.

According to Trutnev, all Asia Pacific transit should be directed along Russia's entire Far Eastern coast.

"Competition is emerging, and a shorter route is being created. The ice situation continues to improve each year. But escort ships can make this route promising. It is not enough to break the ice <… >, we need rescue and communications facilities, and we need to accomplish a lot to make this route competitive. But freight transit creates some additional advantages," he added.

On March 20, Trutnev attended Foreign Investor Day events in Vladivostok. He discussed the implementation of various investment programs with Russian business managers and major industry investors from Japan and China.

In December 2018, Russian Prime Minister Dmitry Medvedev chaired a meeting on Arctic development in the town of Sabetta in the Yamal-Nenets Autonomous Area. After the meeting, he issued a number of instructions to various agencies and companies. Medvedev instructed the concerned officials to update the Northern Sea Route's development plan and to integrate it with a comprehensive plan for expanding the mainline infrastructure and to synchronize the implementation of Arctic investment projects with the creation of transport infrastructure and its development.

He also instructed officials to compile forecasts of freight traffic volumes in the Northern Sea Route's eastern section between the Vilkitsky and Bering Straits until 2040.