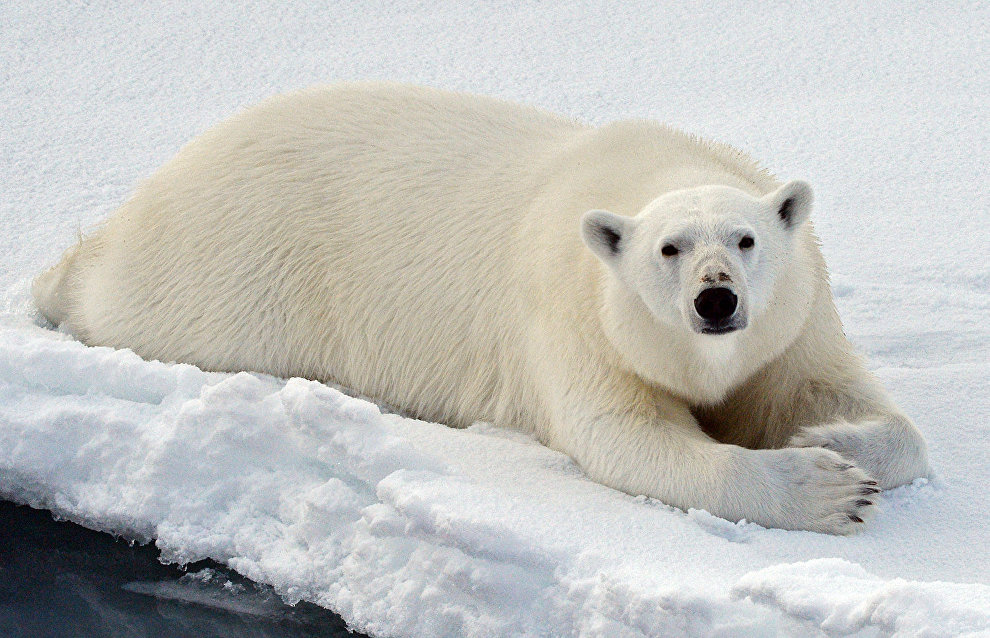 The Russian Emergencies Ministry's Mi-8 helicopter left the Kamchatka village of Tilichiki for Chukotka carrying a polar bear onboard, said the region's minister for special programs and Cossack matters Sergei Khabarov to a RIA Novosti representative.

Previously, regional authorities reported on a lost polar bear that has been repeatedly seen near Olyutorsky District' villages of Tilichiki and Korf starting from April 14. Scientists believe that the bear was stranded on the peninsula on an ice floe from the Bering Sea. The animal was not aggressive and appeared to be exhausted.

The Kamchatka authorities organized a special operation to bring the animal back to Chukotka. To do this, they borrowed a helicopter from Russian Emergencies Ministry, sedated the animal and put it in a cage. The bear is to be set free near Cape Navarin. Social networks have already dubbed the lost bear "Kamchatka's Umka".

"The Emergency Ministry's helicopter carrying the polar bear in a specially equipped cage left for Chukotka on Monday morning," Khabarov said. "The weather conditions for the flight are normal. By 15:00 local time, we expect the helicopter to be back in the village of Tilichiki."

In their turn, the Russian Emergencies Ministry noted that this rescue operation is one of a kind for the Kamchatka Territory, and the helicopter used on the peninsula has never carried out such a job before. At the same time, this is not the first time the ministry's vehicles transported animals; its helicopters were also used to evacuate zoo animals amidst a flash flood in Primorye Territory.