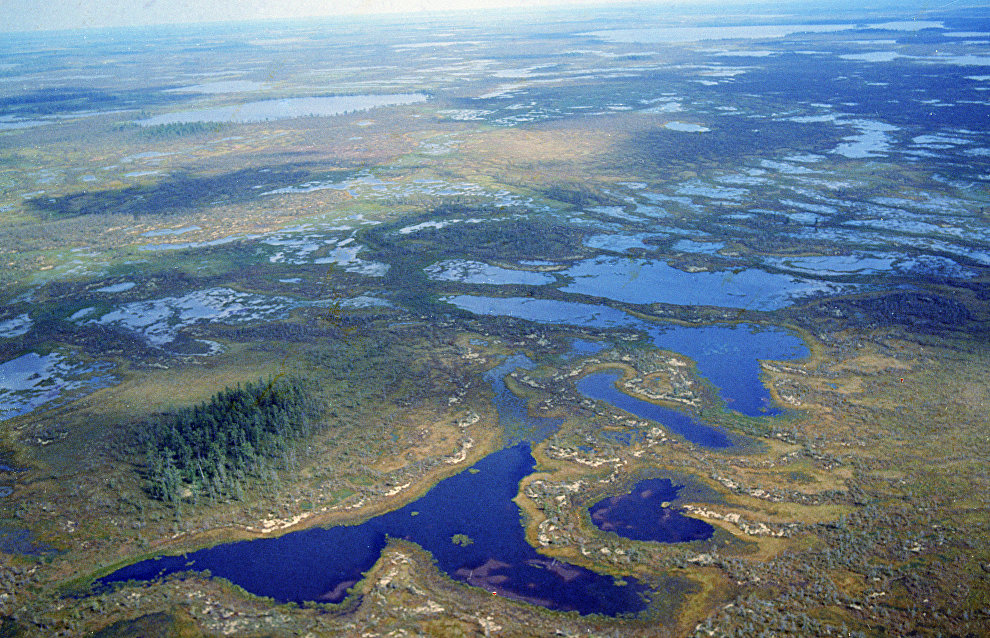 A group of scientists from Tomsk State University (TSU), Umea University (Sweden) and the Midi-Pyrenees Observatory have conducted the first study of emissions from lakes in the Siberian Arctic in order to determine how they affect the Arctic climate. These data will help experts forecast climate changes with more precision, according to the TSU press service.

The research was published in Nature Communications.

"The comprehensive research carried out by the international scientific group allowed us to receive a large batch of unique data on the contribution of Western Siberian thermokarst lakes to the greenhouse effect. This will give us a better understanding of transformation processes in the environment taking place in the Russian Arctic and help us to make more precise forecasts of what will happen with permafrost and what climate changes will happen in the future," the TSU website reads.

The thermokarst lakes in the Arctic cryolithic zone emit large volumes of greenhouse gases into the atmosphere. These lakes are of interest to scientists all over the world, especially those who try to forecast future climate changes on the planet. Today, the prognoses are made without considering comprehensive data on the Siberian Arctic waters, and the available information does not provide the full picture of the greenhouse effect's dynamics and scale.

Samples were taken from 76 lakes in the Khanty-Mansi and Yamal-Nenets autonomous areas three times during the open water period: in the spring, summer and autumn. The scientists measured the concentration of dissolved carbon in the lake water, examined its chemical composition, and the volume of carbon dioxide and methane emitted (evaporated) from the water surface.

"It turns out that the most greenhouse gases are released in the spring, when lakes open up after the winter and emit what they accumulated during the winter as well as in the autumn, during long rains, when the flood water covers a significantly larger area. The emission volume grows from south to north and peaks in the permafrost zone, when it is two to five times higher than in the south," the press release says.