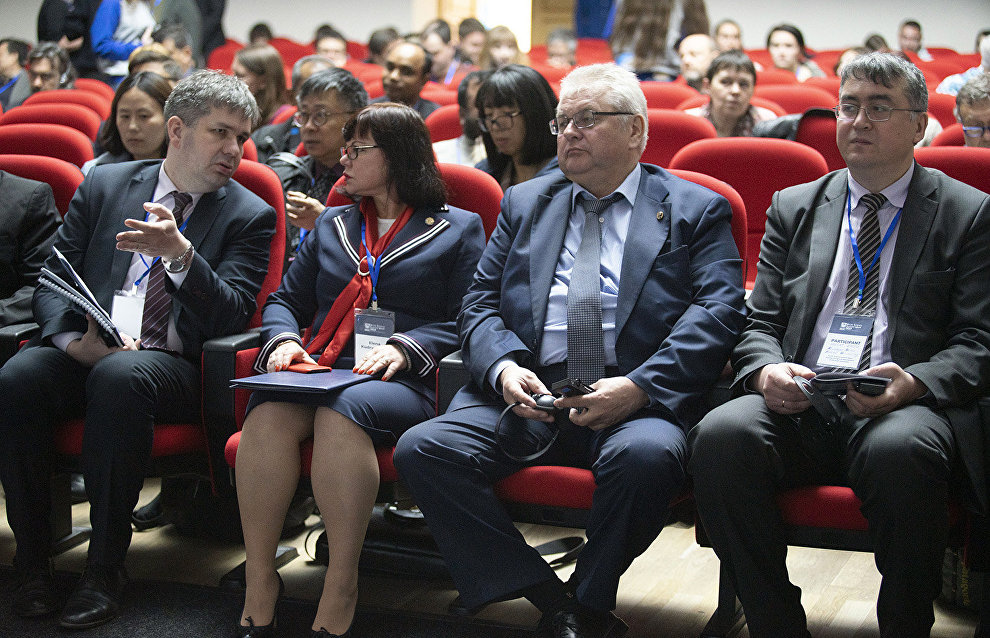 On the opening day of Arctic Science Summit Week in Arkhangelsk, scientists who research topical issues delivered their reports.

"First, we are discussing climate change and the impact this process is having on people," said Prof. Violetta Gassy, DSc in Economy, Russia's representative in the social and humanitarian studies working group at the International Arctic Science Committee (IASC). "On the one hand, there is something positive about it as warming offers opportunities to access new resources. However, we shouldn't forget that the Arctic is an area inhabited by people and will remain alive as long as they live there." She added that climate change was also having negative implications. For example, the concept of the Arctic region's sterility has been dismissed as an increasing number of microbes and increasing insect diversity are being recorded in the area.

Lee Cooper, Doctor of Oceanography at the University of Maryland Center for Environmental Science, spoke about the role humans are playing in climate change. The scientist believes the assertion that we must choose between economic development and environmental protection is false as these two concepts are not necessarily opposing, and we can improve technologies to make them more environmentally-friendly and reduce the negative impact on nature. Dr. Cooper suggested reducing the release of harmful emissions into the atmosphere.

"Arctic ecosystems will face change on an unthinkable scale even if the new CO2 emission strategy is adopted," said Olga Gavrichkova of the Italian National Research Council. "Change like this is irreversible, and it's hard to rein in the process. The climate change that is taking place in the Arctic now is above the average figures for the planet and will only intensify in the future. We need an overhaul on a global scale."