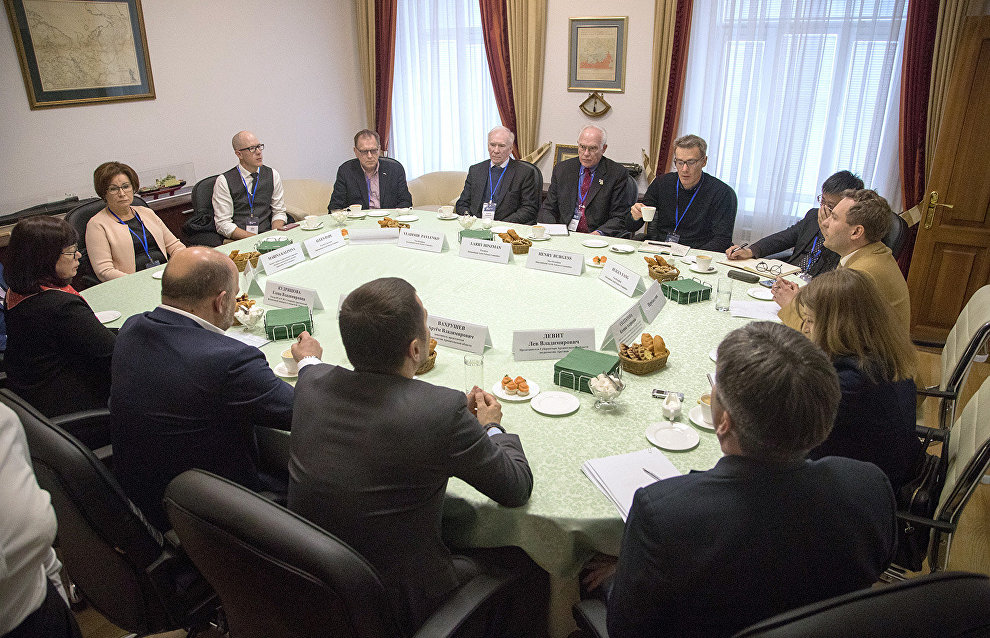 On May 28, the business program of the 21st Arctic Science Summit Week taking place in Arkhangelsk came to a close. The idea to hold the event was proposed by the International Arctic Science Committee (IASC), and preparations for the summit began in 2014.

"Experts from 29 countries arrived in Arkhangelsk," said Vladimir Pavlenko, Vice President of the IASC and a member of the Arctic Expert Council functioning under Russia's Federation Council. "These are Arctic enthusiasts, who are absorbed in field research. Everything we do at the International Arctic Science Committee is for the sake of studying the Arctic as comprehensively and broadly as possible and engaging in this work as many people as we can."

Larry Hinzman, Director of the Arctic Research Centre in Alaska, USA, said they were happy that this year Russia hosted the Arctic Summit and added that it was eventful, referring to IASC working groups, presentations and sessions. He also mentioned important changes that were being recorded in the Arctic, some of which the academic community had predicted. However, the scale of these changes in the past two years was really amazing. Larry Hinzman said it was necessary to take new approaches to delve more deeply into the cause of these changes and find out what implications they would have for the environment and climate.

Thomas Diehl, a scientist from the European Commission's Joint Research Centre in Italy, said that the Arctic Science Summit Week was very useful for him as he had the opportunity to talk with his colleagues who were doing research in related fields, such as global warming, climate change and permafrost. He said they were doing a lot of modeling in the group for research on the ground and it was important for them to receive feedback on the models developed for the current period. Thomas Diehl spoke about the great importance of the summit as it offered the academic community a networking opportunity.