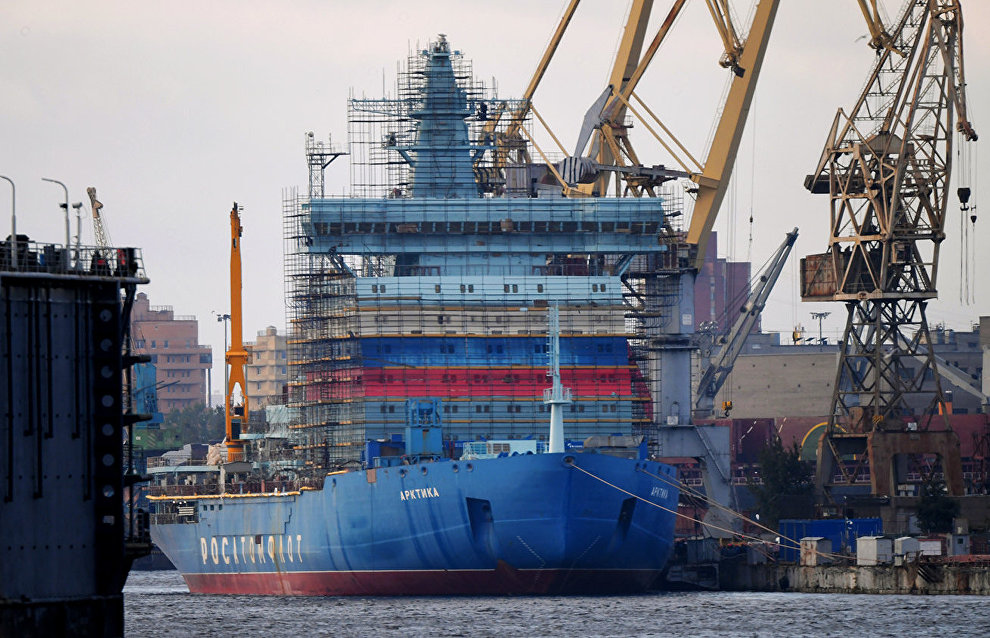 "Regarding the new icebreakers, Atomflot is to sign the contracts in August or September at the latest," Ruksha said in response to a question on the new Arktika class icebreakers to be built at the Baltic Shipyard.

Ruksha also said that according to Rosatom estimates, freight volume on the Northern Sea Route will reach 27-30 million tons in 2019.

"I believe 27-28 (million tons — editorial comment) and maybe even 30. It depends on how quickly Arctic LNG-2 starts its shipping consignments," Ruksha said.

President Vladimir Putin's decree of May 2019 set the goal to increase the traffic volume on the Northern Sea Route to 80 million tons by 2024. In April this year the president noted that the 20 million tons reached in 2018 was already three times larger than the Soviet record of 1987 and that the new goal is realistic, well-calculated and precise. It is expected that Novatek's LNG projects alone will provide 46.5 million tons for Northern Sea Route shipping by the mid-2020s.