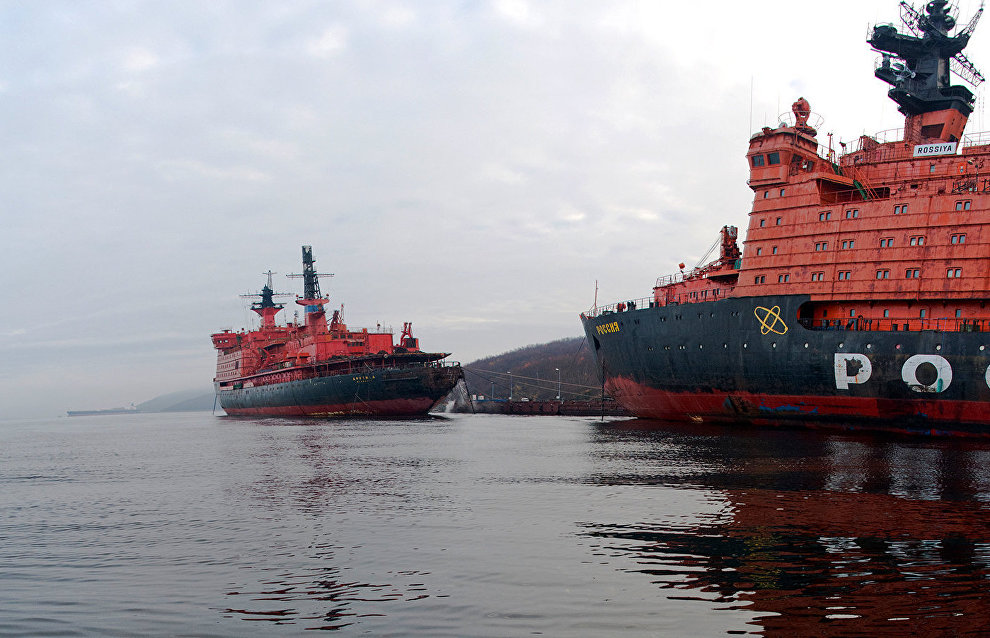 Atomflot, a government-funded company, plans to sign a contract for carrying out the Portoflot-2 project by the end of the summer, RIA Novosti quotes General Director of Atomflot Mustafa Kashka as saying.

The keel-laying of Rosatomflot's harbor icebreaker Ob took place at the Vyborg Shipyard on September 27, 2016. In November 2014, Atomflot, the owner and operator of the harbor icebreaker, signed a comprehensive contract for piloting ships and servicing the water area of the Port of Sabetta under the Yamal LNG project until December 31, 2040. The icebreaker Ob will become a flagship under the Portoflot project. Last March, the business newspaper Kommersant, reported, citing its sources, that Atomflot had decided to wait until the results of the flagship Ob's performance become available before ordering the building of the harbor icebreaker Ob-2 for servicing the Arctic LNG-2 project to liquefy natural gas.

"… I have no doubt about [the need to build] this icebreaker," Kashka said. "The decision [to order the icebreaker Ob-2 and kitting it out — Ed.] is likely to be suspended until the spring [of 2020 — Ed.]. Hopefully, the global contract will be signed by the end of the summer." The Portoflot projects provide for the construction of four tugboats and an icebreaker each.

"We've made significant changes regarding the tugboats and there will also be some changes in the make-up [of the fleet] under the second Portoflot project," Kashka said. "The Ob-2 is unlikely to undergo any changes but there are proposals for improving the tugboats." He added that coal companies had also taken an interest in the Portoflot project.

"Currently, there are… eight to ten non-nuclear icebreakers on the market… but so far, there have been no negotiations," said Solovyov, speaking about the shipyard's prospects for getting orders to build civilian vessels. He also added that the shipyard was looking forward to receiving orders for crab fishing vessels.