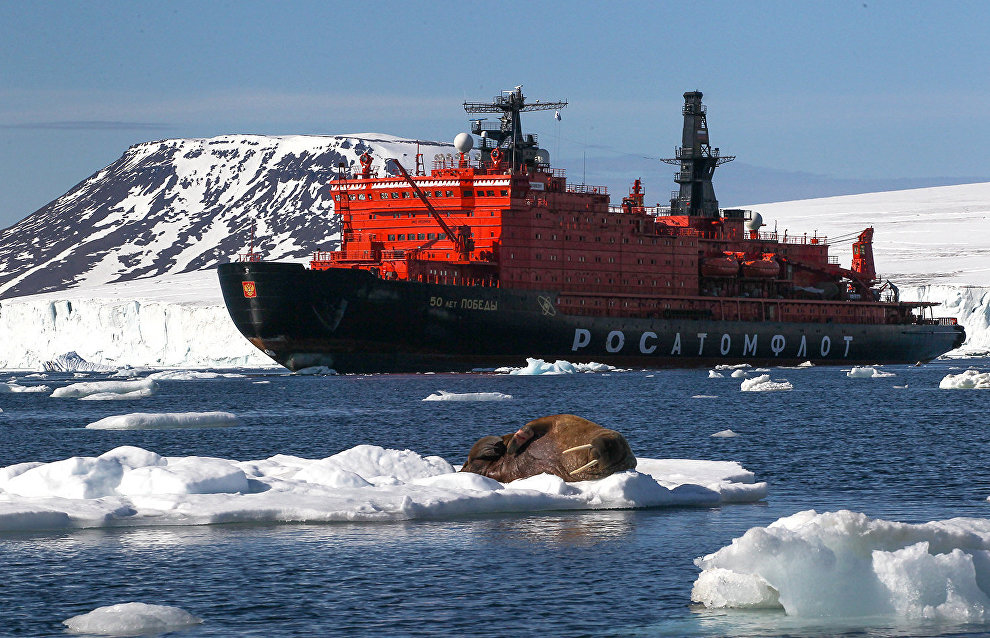 The ninth summer field season opens at the national park on Tuesday. On Thursday, the 50 Let Pobedy, the most powerful icebreaker, will depart Murmansk for the North Pole and the Franz Josef Land archipelago.  It will carry tourists and a field expedition group comprising park employees and volunteers from the Russian Geographical Society.

"This year, the field work season at the protected nature area will start earlier than usual because of an increased number of cruises in the Arctic. In all, four permanent tourist companies and a new one, Norway's Hurtigruten, will operate in Russian Arctic National Park this summer. In addition, boats with Russian, Polish and Czech tourists will visit the area," Alexander Kirilov, director of the national park, said.

He noted that this year's field season will differ from the previous ones in terms of an increased tourist inflow and the expansion of tourist routes and sites. Thus, several tourist agencies said they wanted to include the tour to Severny Island in the Novaya Zemlya archipelago, which is unexplored territory for tourists.

The national park will also continue its research; the first part, the monitoring of the polar bear population on Franz Josef Land, concluded in late April. This summer, researchers from Russian Arctic National Park along with their colleagues from the Komarov Botanical Institute of the Russian Academy of Sciences will describe the plants of the archipelago at the field base on Cape Zhelaniya.

On Franz Josef Land, experts from the Geology Institute of the Russian Academy of Sciences will describe the botanical and geological peculiarities of the various islands in the archipelago. In 2019, expects from the Russian Academy of Sciences' Geography Institute will continue their research into the distribution of petroleum products in the soils of the Franz Josef Land archipelago.

"Hooker Island at Franz Josef Land will remain the main points of attraction in 2019, where the Tikhaya Cove will host the opening of a visitor's center, and renovation will continue on the airplane hangar," the press service said.