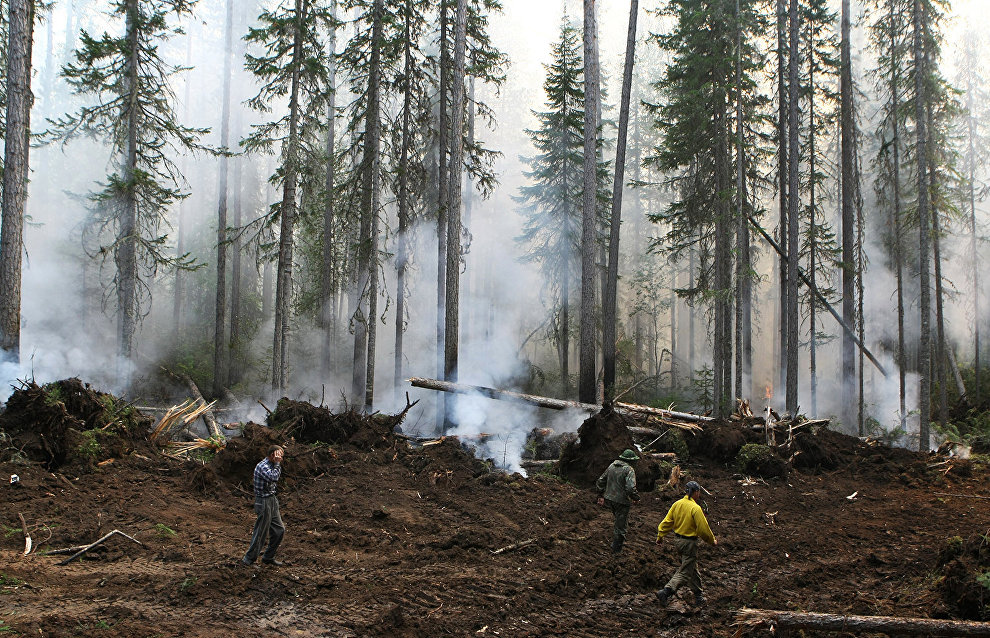 Verkhoyansky District authorities have recently declared a state of emergency due to forest fires. The Batagaisk oil tank farm facilities are in no imminent danger, while the Sakhanefegazsbyt employees are creating firebreaks between the tank farm and the nearby lake, the industry's press service reports.

The wildfires pose no danger to the district's populated areas or enterprises, the Verkhoyansky District fire alarm headquarters reports. The district is taking all necessary measures to prevent the fire from spreading to populated areas. Firefighters have been deployed, and the local population has been mobilized.

"The Batagaisk tank farm, which is owned by Sakhanefegazsbyt, remains on high alert," the press service reports. "Heavy earth-moving equipment was used to create an additional firebreak between the tank farm and the nearby lake for preventive purposes. Tank farm employees are helping to contain and extinguish fires at the narrow sections and fire lines of the forest. The Batagaisk tank farm facilities are in no imminent danger."

A helicopterborne group from the general directorate of the republic's Emergencies Ministry will leave for the Verkhoyansky District today, the experts added.