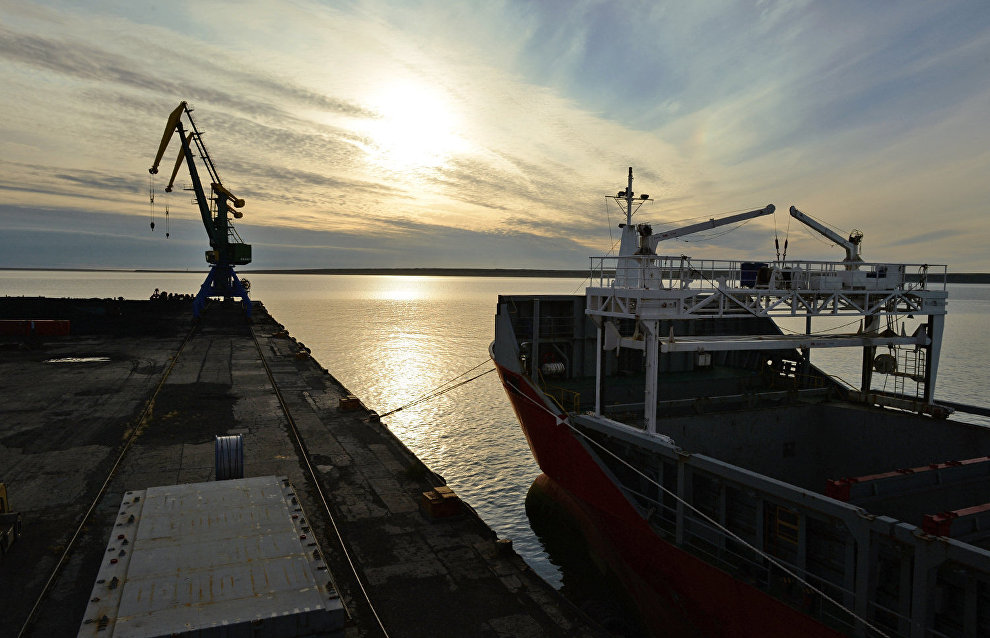 The construction of Indiga, a deep-water port on the Northern Sea Route, is expected to begin in 2020, CEO and owner of AEON Corporation, Roman Trotsenko, told reporters.

In November 2018, Trotsenko claimed that his company was ready to invest 60 billion rubles in the construction project, saying that terminals for coal, general cargo, timber and potassium fertilizers could be built at the port alongside other facilities.

"We are currently moving forward with survey and design work, and are committed to carrying out the project. Next season we will launch construction and installation work. Overall, we have enough resources to do this independently from the state, meaning that we understand what we are doing, and do not need state funding. Afterwards, a decision will be made on a rail link from Indiga to Sosnogorsk, but as far as I know this decision will be taken in two or three years, which means that we have some time ahead of us," Trotsenko said on Tuesday, July 16.

"We are building the coal terminal on our own, without any partners, while for general cargo we intend to partner with Vitaly Yuzhilin's group," Trotsenko went on to say, adding that the agreement with VIS Group has yet to be formalized.

In December 2018, Chair of VIS Group's Board of Directors, Igor Snegurov, said his company was interested in port infrastructure development projects in Indiga, as well as in building high-speed rail lines.

According to Trotsenko, private investment in the project is expected to total some 100 billion rubles, without the rail part. "We believe that this railway segment will cost 160 billion rubles. This will come either from Russian Railways or from investors as part of a concession agreement. This project has the potential to generate returns. This could be private funds if we see that Russian Railways is not ready or has other priorities, [we are ready] to put together a consortium of investors," Trotsenko pointed out.

Earlier, Trotsenko said at The Arctic: Territory of Dialogue Forum that AEON had already entered negotiations with Sovkomflot on building vessels for shipping coal from the Yenisei River mouth for transshipment at the Indiga port.