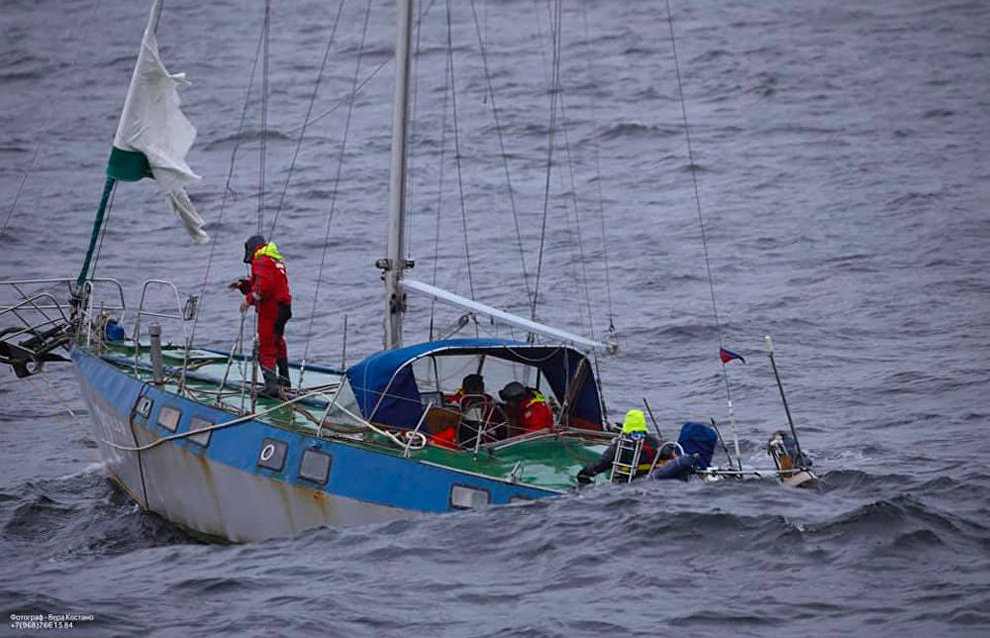 Boat in distress taken in tow in the White Sea

The crew of the research vessel Professor Molchanov reported seeing the research vessel Akademik Nikolai Strakhov at 22.55 on July 30. Captain Sergei Khokhlov decided to postpone the rescue operation until the morning due to the high waves, squalls and poor visibility and to keep the disabled boat Kreiser in sight with the help of searchlights.

Around 04.00 MSK on July 31, Professor Molchanov approached the distressed boat as closely as was safely possible and transferred a portable transmitter and a line to the vessel. Professor Molchanov is towing it to the receiving buoy in Arkhangelsk.

"The boat most likely departed from Arkhangelsk for the Novaya Zemlya Archipelago on July 29. Something, probably a rope, got jammed in the ship's propeller, disabling it, and a storm only made things worse. They saw that they cannot do anything alone and issued a distress signal. The vessel that was closest to the disaster area responded to the orders given by the Maritime Rescue Coordination Center (MRCC) to come to the rescue.

"We received a fax about the mayday signal on July 30 and immediately contacted the Maritime Rescue Coordination Center, which issued orders to call off our planned activities and to move into the disaster zone to help Akademik Strakhov, which was the first to come to the rescue of the boat.

"We took off at full throttle toward the area, with the coordinates provided by the MRCC. The distressed boat and Akademik Strakhov were set adrift by strong winds and 4- to 5-meter high waves. It took us around 12 hours to reach the spot and to discover them. Following this we started acting upon the instructions issued from Akademik Strakhov while maintaining contact with the MRCC.

"It was only on the third run that Akademik Strakhov managed to take the distressed boat in tow, but the line was broken off due to the high waves together with the strong winds of up to 20 meters per second.

"Everyone is safe now. We finally managed to approach the boat and we took it in tow on the third run. We are now slowly towing it to the receiving buoy in Arkhangelsk, waiting for further instructions to be given from the MRCC.

"It is not simple to have to take decisions in such cases, because any errors are completely out of the question. The northern seas are terribly unforgiving, and mistakes cost human lives.

"We took part in a rescue operation before, but the scale is incomparable. The rescue operation in which we participated was held in the summer in the Baltic Sea, and it was not as frightening as this time. In fact, it was an easy ride compared to what we had to do now, what with the squalls and the high waves.

"Captains can worry too. Actually, captains are the first to worry, and not only for the crew of the vessel you are trying to rescue but also for your own crew too. Rescue operations never happen in calm weather. They happen in raging seas, when a blunder can cost you dearly."