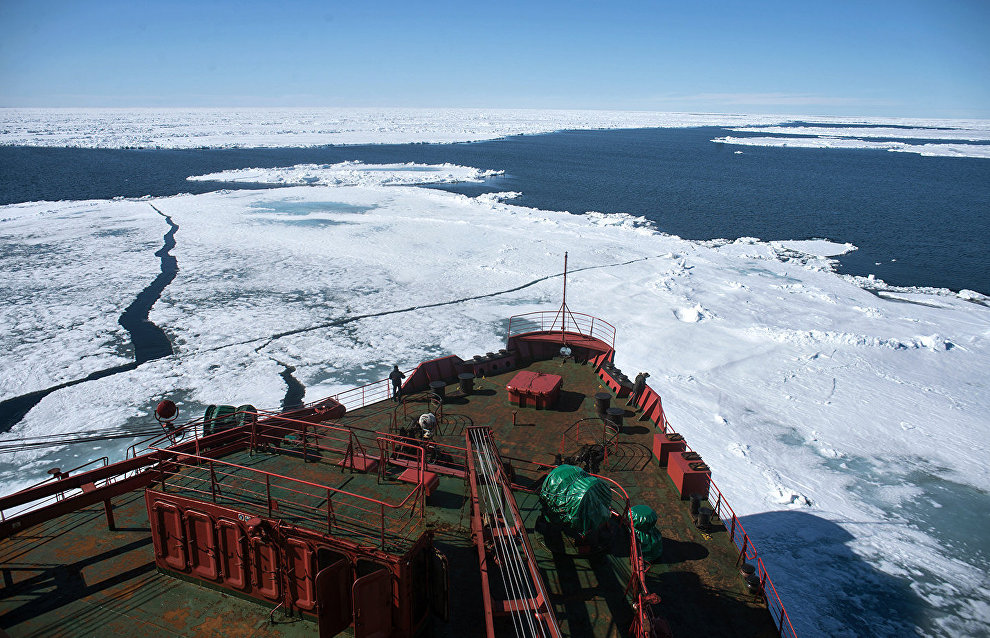 The first Russian-Chinese joint scientific marine expedition will research climatic conditions on the Artic shelf in Siberia and how it influences the global climate, according to the Shirshov Oceanology Institute of the Russian Academy of Sciences press service.

"The first joint expedition is designed to study the Russian Arctic shelf in Siberia as the largest shelf system in the world connecting the Polar and Pacific oceans, a system that is something like a natural ‘ice generator.' The scientists plan to carry out research in sea geology, topography, physical oceanography, marine chemistry and biology in the Eurasian pool area of the Laptev Sea that has never been studied before," the press service said.

This expedition is a pilot program under the Russian-Chinese Arctic Research Center established in April, which will be used as a base for cooperative research in the Arctic.

The scientists will collect data on sea optics, flows, bottom sediment, suspended particles, phytoplankton, microorganisms, and greenhouse gases. The new data will be used to establish a connection between the natural transformations in the Arctic and global climate change as well as to explore the Northern Sea Route, according to the message.

Scientists from various countries say it is necessary to focus on studying the consequences of global warming in the Arctic. According to President of the Russian Academy of Sciences Alexander Sergeyev, changes in the Arctic climate could result in a disaster for the entire planet. Global warming causes the erosion of the coastal shelf as well as the melting of permafrost, which results in methane emissions into the atmosphere. These emissions can be very powerful. Sergeyev noted that "the impact could affect the entire world."