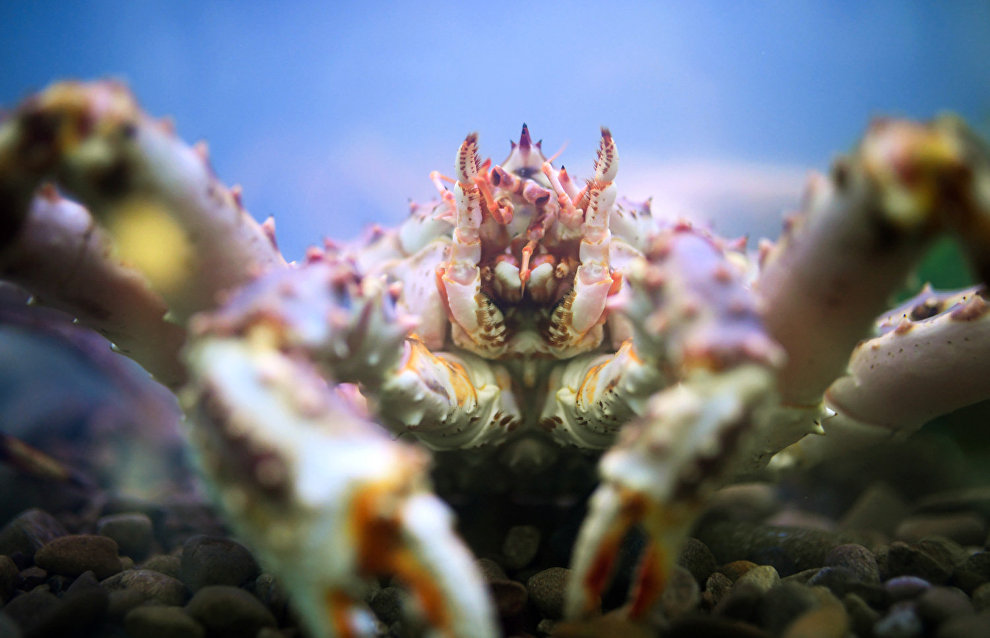 Snow crabs came from the Far East to the Kara Sea in the ballast water of ships, said WWF Russia's Head of Sustainable Marine Fishery Program Miron Bordulev told RIA Novosti. It has been reported that the Federal Agency for Fishery (FAF) plans to assess the crab reserves in the Kara Sea to put up the fishing rights for auction in 2020.

Snow crabs are indigenous inhabitants of the warm seas of the Far East but they have been seen in the cold Arctic Kara Sea in the past few years. According to the FAF, there will be enough crabs in 2020 to start fishing.

"Snow crabs arrived in the Kara Sea by accident in the ballast water of ships. To be more precise, they first came to the warmer Barents Sea. They have been monitored there since 1996. In 2007 they were spotted on the border with the Kara Sea and in 2013, in the sea as such. In theory, these crabs could have moved from the Barents Sea to the Kara Sea on their own. There is scientific evidence that these crabs can cover a distance of 200 km in three weeks. The cold Kara Sea has warmed up because of global warming. So it is possible that the crabs will settle there," Borgulev explained.