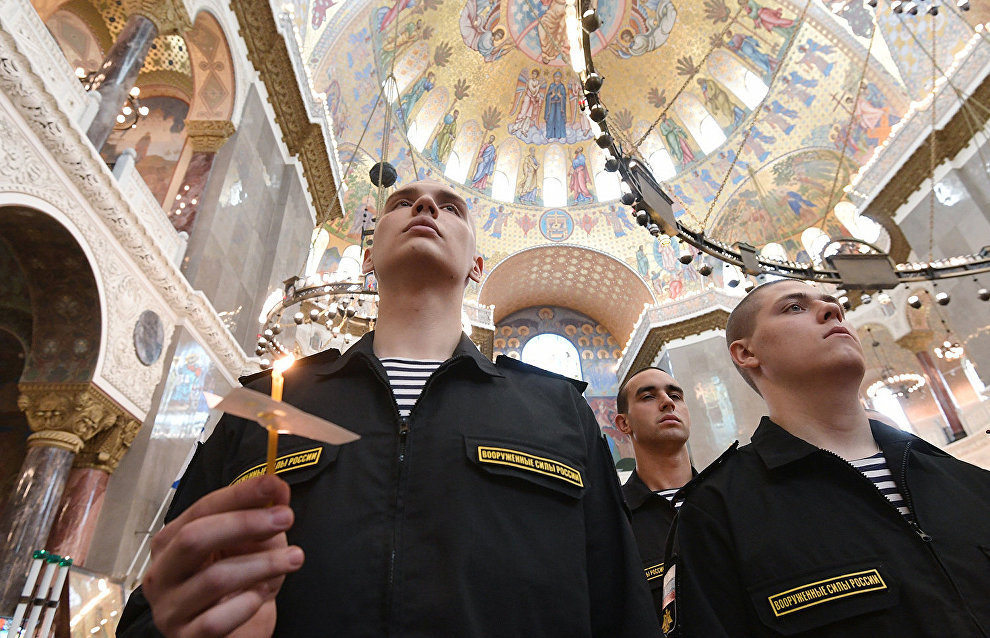 A memorial service for the submarine crew members who died in the Barents Sea was held at the Serafimovskoye Cemetery in St. Petersburg. The ceremony was on Friday, the 40th day after the tragedy, according to RIA Novosti.

The accident victims' family members held lit candles during the service, and several were crying. Naval officers also came to commemorate the submarine crew and laid red carnations at their graves. There were many flowers and wreaths on the graves of the sailors who died in the Barents Sea.

On July 1, a fire broke out aboard a deep water submersible craft in Russia's territorial waters killing 14 crew members, all officers. The crew was researching the seafloor. When the fire broke out, a civilian industrial engineer was the first to be evacuated from the burning section, but the hatch was dogged afterward to prevent the fire from spreading. The Defense Ministry noted that the fallen officers often took part in the most difficult underwater expeditions to research the Arctic at maximum depths. They were awarded state decorations, including four Hero of Russia stars, posthumously.

The fallen officers were buried at the Serafimovskoye Cemetery in St. Petersburg with honors.