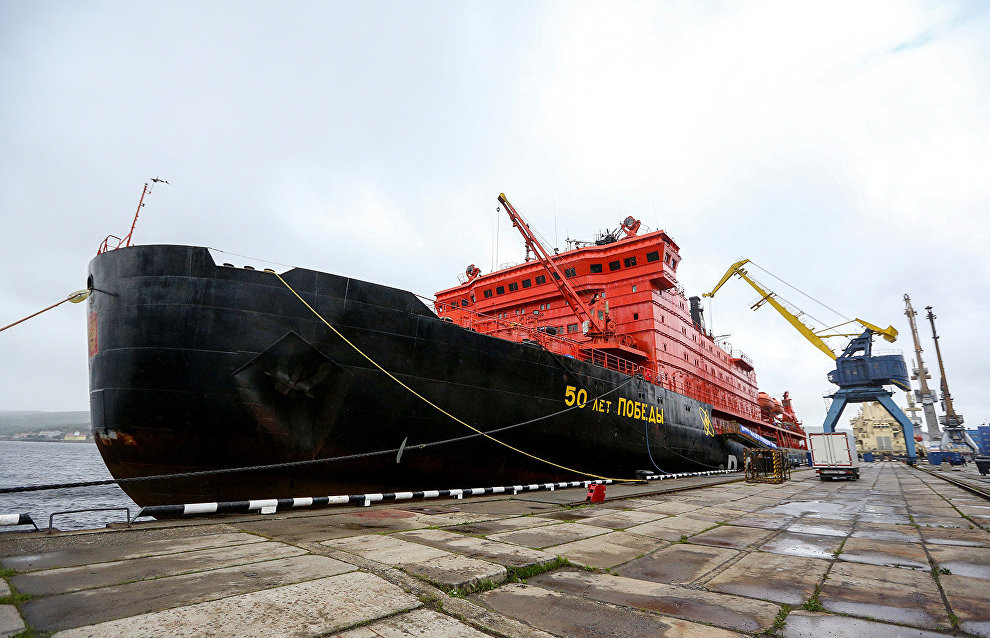 Students from Russian schools will leave Murmansk today to travel to the North Pole aboard the 50 Let Pobedy icebreaker. Among them, there will be 68 winners and participants of the Onwards Eco-Team environmental project, the Earth Guardians environmental event and the essay contest "Why do I need to go to the Arctic?"

The voyage will take 10 days. The students will be accompanied by inspectors of the Russian Arctic National Park. The travel is organized by Atomflot and Rosatom. Environmental and educational events, such as themed lectures, interactive games and lessons, will be held for the children: for example, they will learn how to make presentations and video clips for blogs.

On Tuesday, Minister of Natural Resources and Environment Dmitry Kobylkin met with ten of the voyagers. The students asked questions about climate change, new methods of waste disposal, "overall cleaning" in the Arctic and environmental education and science.

In particular, they discussed reclamation of areas with existing environmental damage in the region and new approaches to industrial exploration of the Russian Arctic zone. The minister described the high environmental standards used in manufacturing by the largest companies of the fuel and energy complex, such as Yamal-LNG, Gates of the Arctic, Sabetta, and Bovanenkovo. In addition, Kobylkin noted the importance of the volunteer movement in the Russian Arctic and mentioned projects aimed at cleaning Bely and Vilkitsky islands near the Yamal Peninsula.

"It is true that a lot remains to be done in terms of cleaning the Arctic. But it is in your hands. Of course, today the government is actively supporting the regions in the work they have already begun to clean the Arctic. Our Environment national project includes activities to eliminate the environmental damage in all the regions of the Russian Arctic," the ministry's press service says, citing Kobylkin.