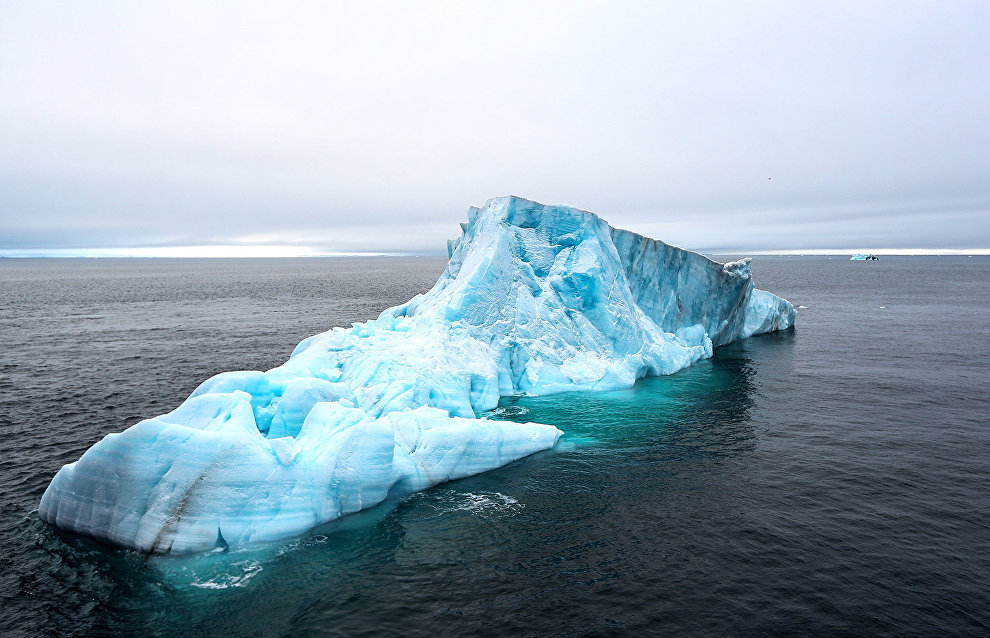 A group of Indonesian designers presented a project of a submarine for freezing seawater in the Arctic in response to the ice melting problem, Business Insider reports. The project won the second prize at an international geoengineering competition of the Association of Siamese Architects in May 2019.

The designers explained that the submarine will collect seawater, resurface, freeze the water and release a 2,073-cubic-meter chunk of ice from its hatchet. The submarine will also desalinate water to speed up the freezing process, and then dump the salt back into the ocean at the end of each cycle. Hexagonal chunks will be then pushed together to build an ‘iceberg.' It takes about a month to create one iceberg. The designers call this process "reicebergization."

The ice-making submarines will also have research facilities and accommodation on board. Therefore, they can be used in eco-tourism.

Head of the team Faris Rajak Kotahatuhaha believes that reicebergization will help to restore the ice cover and thus slow down ocean warming and global temperature rise.