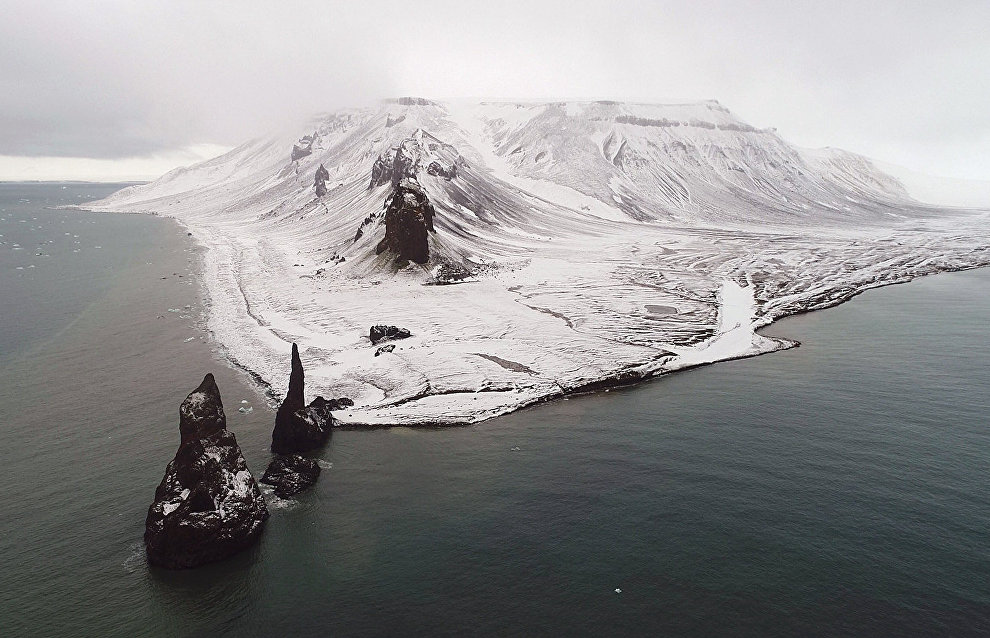 Members of a Northern Fleet expedition sailed the rescue tug Altai to the Franz Josef Land Archipelago and retraced the route of explorer Julius von Payer who was responsible for discovering it. The expedition included specialists from the Russian Geographical Society, Captain First Class Vadim Serga in charge of the Northern Fleet's press service informed journalists.

"First, the expedition's members landed on Cape Tegethoff, part of Hall Island, and studied campsites of the Payer expedition and the remnants of the camp of the 1898-1899 US expedition headed by Walter Wellman. They also studied the archipelago's animal and plant kingdoms and conducted the required hydrological observations," Serga noted.

While retracing the route of the 1874 Austro-Hungarian expedition, members of the Northern Fleet's expedition marked all the main geographical locations described by Julius von Payer in his book 725 Days amidst the Arctic Ice. As the expedition drew to a close, its members landed on Cape Auk, part of Rudolf Island and searched for the burial place of Russian polar explorer Georgy Sedov who perished in 1914 while trying to reach the North Pole.

"While completing their work on the Franz Josef Land Archipelago's eastern sector, expedition members studied Fort McKinley, a grim reminder of the heavy price paid by explorers. Members of the 1898-1899 expedition commanded by Walter Wellman established a food store on Cape Heller, part of Wilczek Land Island. The grave of Bernt Bentsen who perished in early January 1899 is a silent witness of those events," Serga added.

As they landed on Cape Heller, expedition members had to evade a female walrus who attacked their boat to try and protect her offspring, Serga said. "Efficient and well-coordinated actions of Northern Fleet sailors who managed to steer clear of the animals and to avoid harming them made it possible to prevent us getting into any serious trouble," he explained.

The rescue tug Altai carrying members of the joint expedition, sponsored by the Northern Fleet and the Russian Geographical Society, continues to accomplish various tasks near Alger Island in difficult hydrometeorological conditions that include sea-ice formations and icebergs.