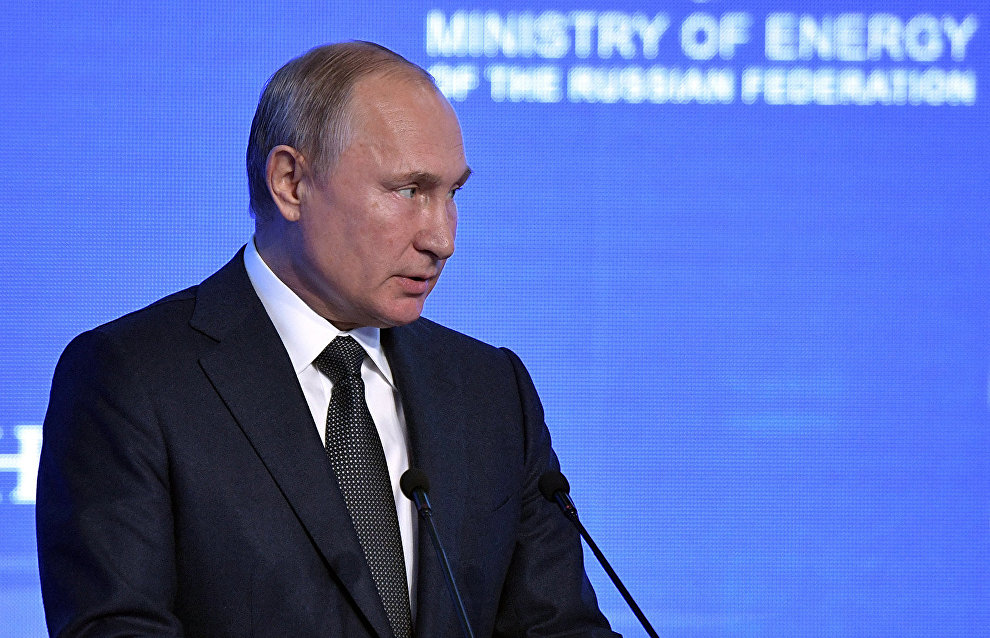 In an address at the Russian Energy Week International Forum, President Putin noted that the Russian Federation was now operating in the promising LNG market. The Russian leader recalled that, since the early 2000s, the number of LNG-consuming countries had increased over five-fold, and that LNG demand had also increased by over 100 percent during the same period.

According to some estimates, LNG will account for 50 percent of worldwide gas trade five to ten years from now, he noted. We are developing Arctic resources in line with these trends, and we are also developing the Northern Sea Route and the national freight fleet to distribute Russian hydrocarbon commodities to various regions, Vladimir Putin said.

The Yamal LNG project has boosted Russia's share of the global LNG market by over 100 percent, to about 9 percent of the grand total, Vladimir Putin added.

So far, this is not a very impressive achievement for Russia, but we are making substantial progress; we are implementing the Arctic LNG 2 project with French, Japanese and Chinese companies, and it will yield an additional 20 million metric tons of gas annually, the Russian leader added.