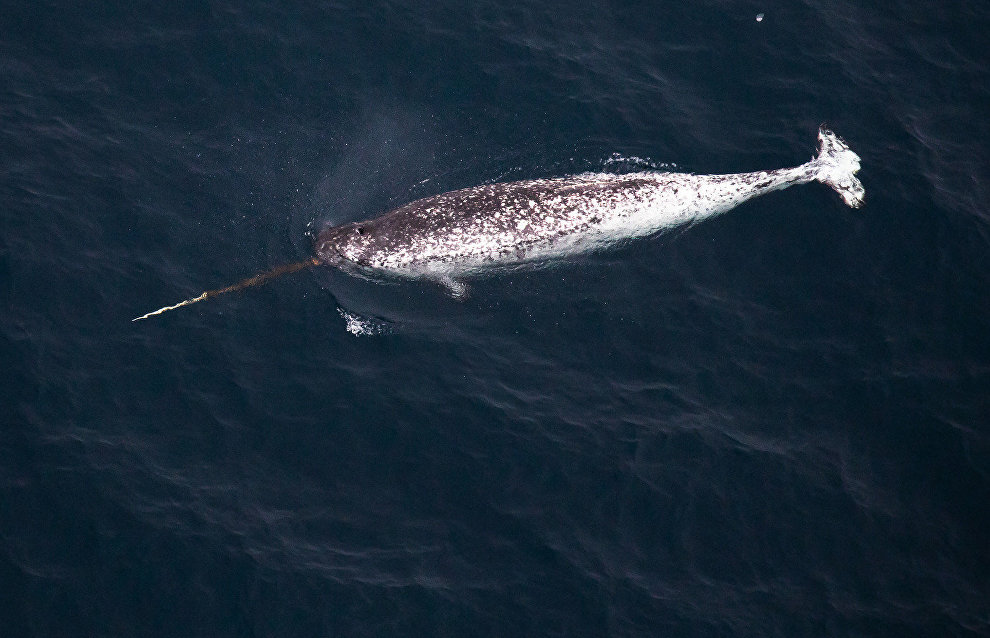 Scientists from the Russian Arctic National Park found something very rare — the skull of a narwhal with a horn the size of a human being weighing over 20 kilos on Franz Josef Land, the nature reserve press service has reported.

"We sailed to Cape Strelka along the coast of Alexandra Land island, where we found the skull of a narwhal [an Arctic sea whale] in ideal condition," said Darya Antufyeva, specialist at the National Park Environmental Education and Tourism Section. "We took the find to our base very carefully."

This is the second major find of cetacean remains over the last ten years. According to Russian Arctic researchers, finds like these are very rare because, as a rule, these animals die in the water. Their bodies either drown or are cast ashore in remote places that people cannot reach and where storms and ice destroy them completely within a few years.

Currently, biologists and geneticists are examining the Arctic narwhal remains. Later the find will be exhibited at the Russian Arctic National Park Museum in Arkhangelsk.