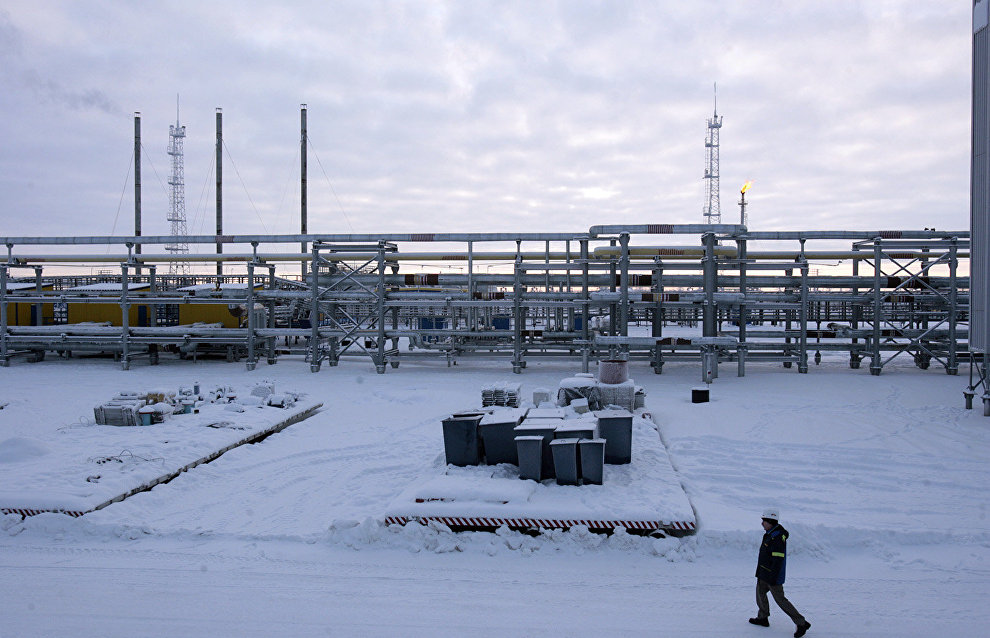 Messoyakhaneftegaz, a joint venture between Rosneft and Gazprom Neft, has started full-scale development of the Achimov deposits, the Rosneft press office said.

"The Messoyakhaneftegaz Company began operations at a horizontal well at the East Messoyakhskoye field, the first landmark in the full-scale development of the Achimov deposits. The 3,200 m well produced a gushing oil flow with an initial production rate of 435 metric tons per day. This is approximately eight times higher than the average at Messoyakhskoye," the report said.

The results confirmed the accuracy of estimates by the project participants regarding the high prospects for the Achimov deposits. Geologists estimate the area's reserves at 35 million tons of oil, and resources at 111 million tons.

The Achimov deposits are oil-bearing horizons with a complex geological structure and abnormal reservoir pressure. At the same time, the total recoverable oil reserves of the Achimov stratum in Western Siberia amount to 2.3 billion tons. About a half of these reserves — 1.2 billion tons — is located in the Yamal-Nenets Autonomous Area. Petrochemists describe the oil from these deposits as saturated, with high gas content.

Messoyakhaneftegaz considers this type of deposit extremely promising: exploratory drilling is currently underway at two wells, and electric and seismic exploration of the Achimov formations continues. The tapping of the huge resource potential of the mainland Arctic's deep horizons — the Achimov deposits — is a new phase in the East Messoyakhskoye project, the report says.

Messoyakhaneftegaz is a joint venture between Gazprom Neft (project operator) and Rosneft. The company holds licenses for the exploration and development of two oil and gas condensate fields — the East Messoyakhskoye and the West Messoyakhskoye, located on the Gydan Peninsula in the Yamal-Nenets Autonomous Area. In 2018, East Messoyakhskoye yielded 4.5 million tons of crude.