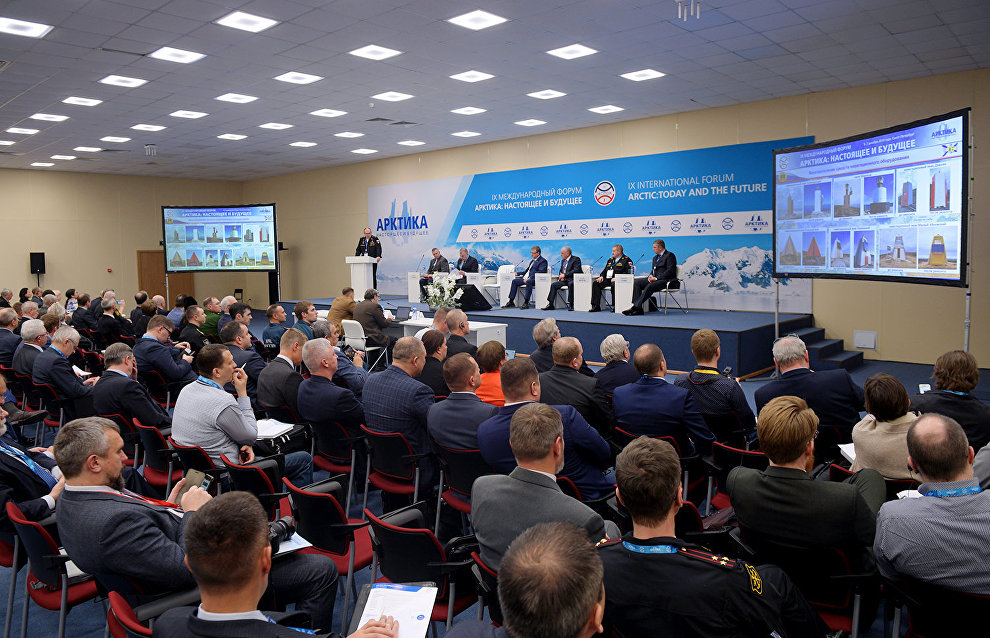 An initiative to announce Arctic Year in Russia

The 9th International Forum, Arctic: Today and the Future, ended in St. Petersburg. Over 40 business functions took place in the course of two days with over 400 speakers. The delegates from 38 Russian regions and 20 foreign countries attended the forum. The discussion centered on new horizons of state policy in the Arctic and the new legislative framework of state policy in Russia's Arctic zone.

"A new strategy, new mechanisms and development incentives are being drafted for the Arctic today," Arthur Chilingarov, president of the Association of Polar Explorers, said. "Our forum has traditionally served as a link between all parties interested in developing the Arctic territories."

Deputy Prime Minister and Presidential Plenipotentiary Envoy to the Far Eastern Federal District Yury Trutnev sent his greetings to participants, which, in part, read as follows, "In years, the forum has established itself as a leading platform for uniting the public agenda on Arctic development, and we expect to continue to rely on it as an effective interaction tool."

For three days, the participants discussed ways to implement Arctic resource potential, provide transportation links and introduce innovative and high-tech solutions for developing the region, the polar region environment and international cooperation, as well as economic mechanisms for developing this territory.

The forum was attended by over 2,500 delegates from 40 Russian regions and 20 foreign countries. The two-day business program brought together eight parallel discussions in a variety of work formats.

Leading companies that are active in the polar region and Russia's Arctic regions displayed their products and technology at the forum's exhibit hall which presented equipment designed for harsh climates, samples of the latest icebreakers, aircraft, and superpassable and all-terrain vehicles.

In addition, a meeting of the Association of Polar Explorers was held. Arthur Chilingarov was presented with two awards. Rector of Lomonosov Arctic University Yelena Kudryashova presented him with the regional award, Asset of the North, in recognition of his contribution to developing the region, from the residents of the Arkhangelsk Region. Archbishop Iakov presented him with the Order of St. Sergius of Radonezh 3rd Class on behalf of His Holiness Patriarch Kirill of Moscow and All Russia.

A proposal was put forth during the meeting to declare 2021, the first year of Russia's chairmanship of the Arctic Council, the Arctic Year in Russia.