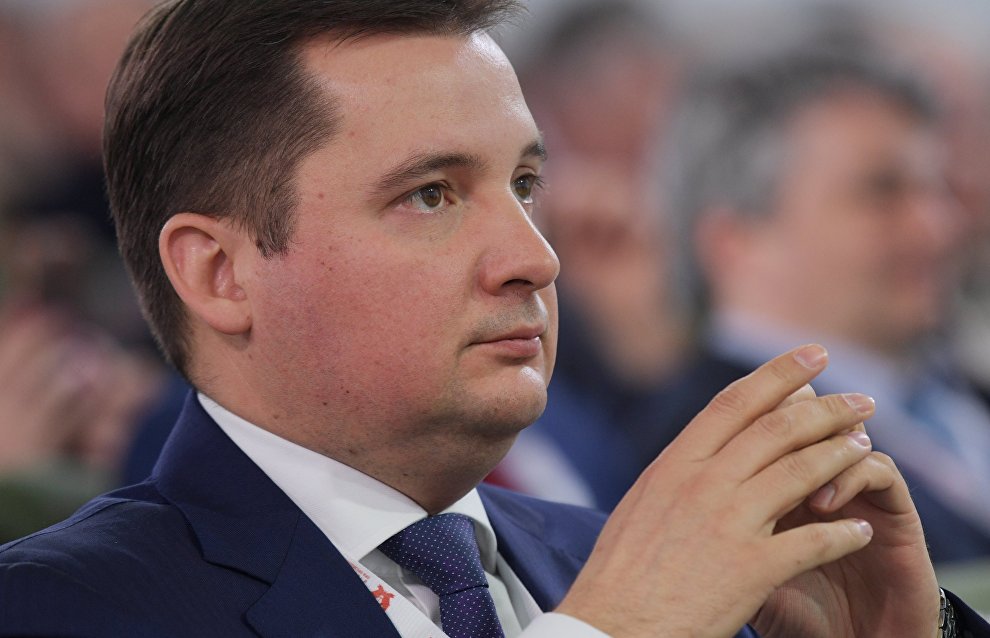 Alexander Tsybulsky gave his first interview to 29.RU as acting governor of the Arkhangelsk Region.

He said he took the president's offer to head up the region as a great responsibility. "How hard was it for me accept it? It wasn't easy. This is a difficult region, and a serious challenge," the politician said. "The objective has been set, I will pursue it as well as I can <…> I didn't analyze why it was me and the northern territories. Maybe because as deputy minister I dealt with Arctic issues. It just happened, and I have no regrets, I like it very much here. I never thought before that I would live in the north, but now I have settled down as if I had never lived anywhere else."

The acting governor thanked his predecessors for their work and stressed that "a lot has been done, the foundation for our future work has been built." However, he also stressed the regions's problems: "They are the utilities, environmental protection, and roads — we must build roads to increase transport connectivity."

Yet the main issue, Alexander Tsybulsky believes, is out migration: "I think the Arkhangelsk Region definitely can and must show good prospects for people, especially the youth <…> It is sad that young people do not see their future here. If we set this task as a priority, we will resolve many problems. Young people leave because of low wages and lack of employment opportunities, and these issues can be settled. But more importantly, they leave because they can't have the quality of life they can have in big cities. This can and must be resolved in a city like Arkhangelsk and in a region like the Arkhangelsk Region. And this will drive everything else — the urban environment, roads, the utilities, entertainment and jobs."

Alexander Tsybulsky has ambitious plans connected with the Northern Sea Route as well. "It is crucial for the Arkhangelsk Region not to remain on the sidelines in this project," he said. "It is obvious that in the coming decades it will be the critical driver for the economic development of the region, the country and the world, and logistical competences must be stepped up in parallel with the growth of the Northern Sea Route. It will be a huge point of growth."

The acting governor believes tourism will be another promising trend. According to him, it should develop despite the complexities and a lack of logistics. "Tourism opportunities here are absolutely exotic and unique. Demanding tourists have become bored of beach holidays, and there is a demand for extreme tourism, which is certainly an area we can compete in. However, it is unlikely that [the Arkhangelsk Region] will become a top attraction since 80 percent of average tourists still prefer the seaside. I myself love extreme tourism, I love travelling, and I am very fond of skiing," the politician said.

He also noted that Murmansk has a port and an icebreaker a lot of people come to see whereas Arkhangelsk lacks such an Arctic trademark now. "Meanwhile, Arkhangelsk is where it all began. It was Russia's northern gateway for many years, and a lot of money was made here. We respect Murmansk, but it is still quite a young city. But this is the place from which all the northern cities began, and it is wrong to neglect it. It must be properly acknowledged."

In Alexander Tsybulsky's view, the Arctic Forum, which was transferred to St. Petersburg in 2019, could become such a trademark for Arkhangelsk. "I was one of the proponents of the idea to anchor the forum in Archangelsk. Murmansk and Arkhangelsk clashed in a debate back then. I thought Arkhangelsk needed a new point of growth, and the forum could become a boosting factor economy-wise. And then we the president issued an executive order that the forum will be held biannually in Arkhangelsk. Last year the number of participants exceeded 10,000. And we looked into accommodation capacities, venues for holding plenary meetings and panel sessions, and it turned out that we had no infrastructure to provide for all the participants. The forum was transferred to St. Petersburg without me participating in this decision, but I think it should be brought back to Arkhangelsk. It is not just an event where people come to blabber. It is a colossal injection into the economy. I think that St. Petersburg is oversaturated with such events," the politician remarked.