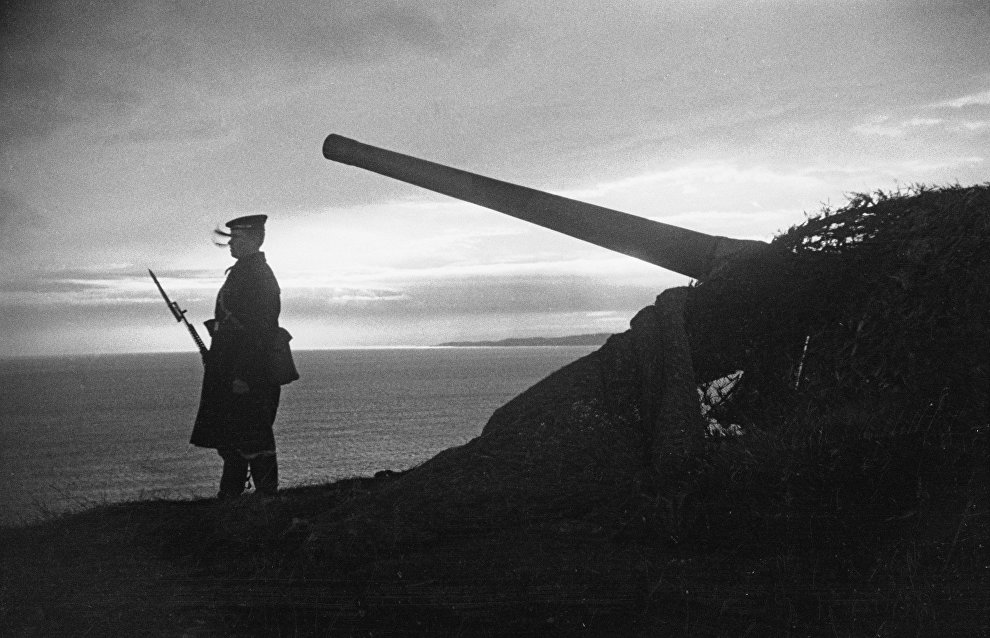 A Northern Fleet expedition used satellite photos to locate the northernmost Soviet artillery batteries dating to the Great Patriotic War in the Taimyr Peninsula. In 1943-1945, they shielded Allied convoys sailing from the Kara Sea to the Barents Sea.

Under the 93rd Artillery Battalion, the batteries were deployed in 1943 when Nazi U-boat operations posed a threat in the Kara Sea. Each battery had four 122-mm cannons, and personnel remained on active duty until the end of the war.

The expedition's scientists deciphered the log of U-711, a German submarine. The document indicates that the Nazis were unpleasantly surprised to discover Soviet naval batteries on deserted Arctic islands.

A team from the Northern Fleet expedition and a group of specialists from the Russian Geographical Society are to land on Nansen Island and Mikhailov Peninsula in August 2020. They will study facilities used on the Soviet Arctic Front for the first time since the war.