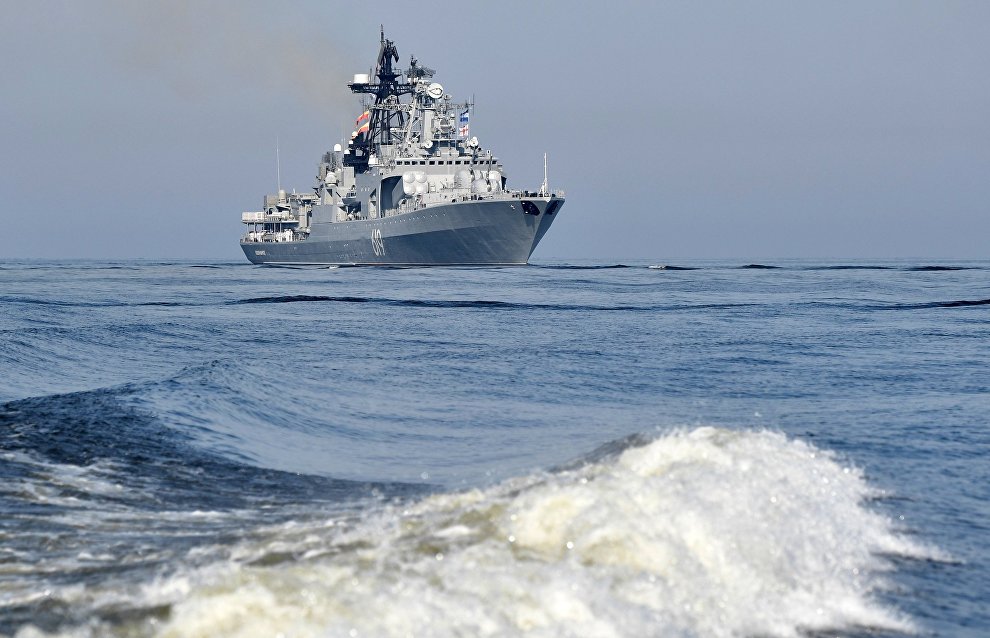 Practice run on underway replenishment in the Arctic

Ships in the Northern Fleet's Arctic Group in the Kara Sea started practice runs on underway replenishment and on filling water reserves from a tanker in the Arctic. They concentrated on environmental safety, reports the Defense Ministry website.

The exercise on transferring liquid loads on the go will last for eight hours. The large sea tanker Sergei Osipov provides fuel and water to the major anti-submarine frigate Severomorsk, the large landing ships Alexander Otrakovsky and Kondopoga, and the ocean mine-sweeper Vladimir Gumanenko.

The ninth Northern Fleet exercise for ships and support vessels began on August 5. Northern Fleet sailors performed their tasks in the Kara and Barents Seas, carried out a disembarking exercise on the Yenisei River bank in the area of Dudinka, and conducted a cross-branch tactical maneuver on defending an important industrial facility on the Taimyr Peninsula.

The group will eventually be divided into two parts. Some ships continue navigating eastward up to the Bering Sea along the Northern Sea Route, while others will return to their permanent bases on the Kola Peninsula.

A Russian Geographical Society (RGS) expedition will also be part of the exercise on the icebreaker Ilya Muromets. In addition, hydrographers from the Northern Fleet will carry out research and observations on the Northern Sea Route.