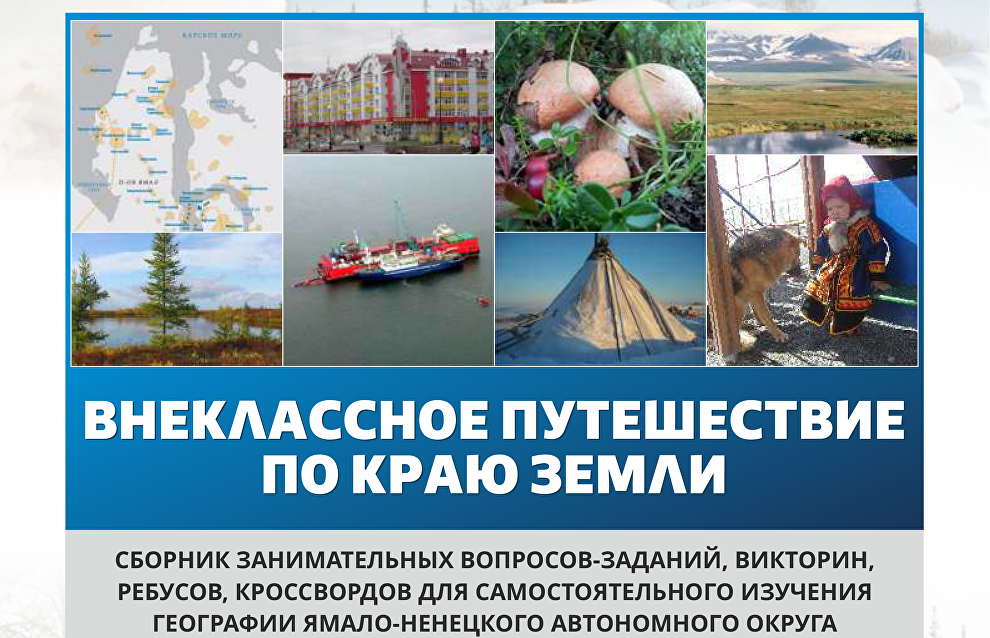 The expert council of the Two Poles National Prize competition has announced the projects that survived the first elimination round. According to the organizers, tourism, education and IT were the most popular categories, and there are informal leaders in some categories.

For example, the project “Extracurricular voyage around the edge of the world” created by tenth-graders Viktoria Boriskina and Angelina Gryaznykh with geography teacher Lyudmila Shishkina and Deputy Director for Education Natalya Safonova (instructional consultant) from Myskamenskaya Boarding School is the clear leader in the Education Category. The project includes over 170 comprehensive tasks from the course “Geography of the Yamal-Nenets Autonomous Area,” such as interesting problems, quizzes, riddles and crossword puzzles for high school students interested in geography, history and the culture of the Yamal-Nenets Autonomous Area. The project may also prove useful to geography teachers as a didactic textbook for an extracurricular course of the same name (Geography of the Yamal-Nenets Autonomous Area). In addition, learning about a certain region can help encourage a love and pride among school students in the area being studied as well as encourage the development of similar textbooks in other Russian regions.

The shortlist also includes a unique AR project: “How does it work? The Arktika Nuclear Icebreaker.” This project has chances to win two categories at once: Education and Digital Technologies. This is a unique model that can be used to learn about the interior design, engineering specifications, and features of the Arktika, the largest and most powerful new-generation nuclear icebreaker in the world.

Samovarfest, a festival of Russian hospitality and a way to integrate representatives of different Russian ethnic groups into a single cultural and spiritual space, is an excellent entrant in the Tourism category. This year, the festival was held in Yaroslavl and timed to the city’s 1010th anniversary.

“We are very happy that our initiative has united a very diverse group of people who want to present their projects and share their innovations with others. We hope that interregional cooperation, project exchange, and bringing events together will boost regional development. We would very much like the see the prize encourage regions to unite in carrying out national projects together,” said Yelena Khodyreva, head of the Two Poles project office.

The Two Poles National Prize is dedicated to the memory of Nikolai Kornilov and was established to monitor the implementation of national projects in the Russian Arctic and to promote Russia’s national interests. The prize will be awarded in 12 categories: Medicine, Quality of Life, Ecology, Science, Education, Industry, Agriculture, Infrastructure Development, the Digital Economy, Tourism, International Cooperation and Exports, and Social Initiative. In each category, there are subcategories: Project, Goods/Services, and Idea/Innovation.

The full list of nominees following the first elimination round will be announced on September 30, 2020. Projects evaluation will last until December 2020. The awards ceremony and presentation of the best projects will be held in Moscow on December 11, 2020 with Arctic countries’ diplomats, Russian officials, scientists, businesspeople, and representatives from public and professional organizations.