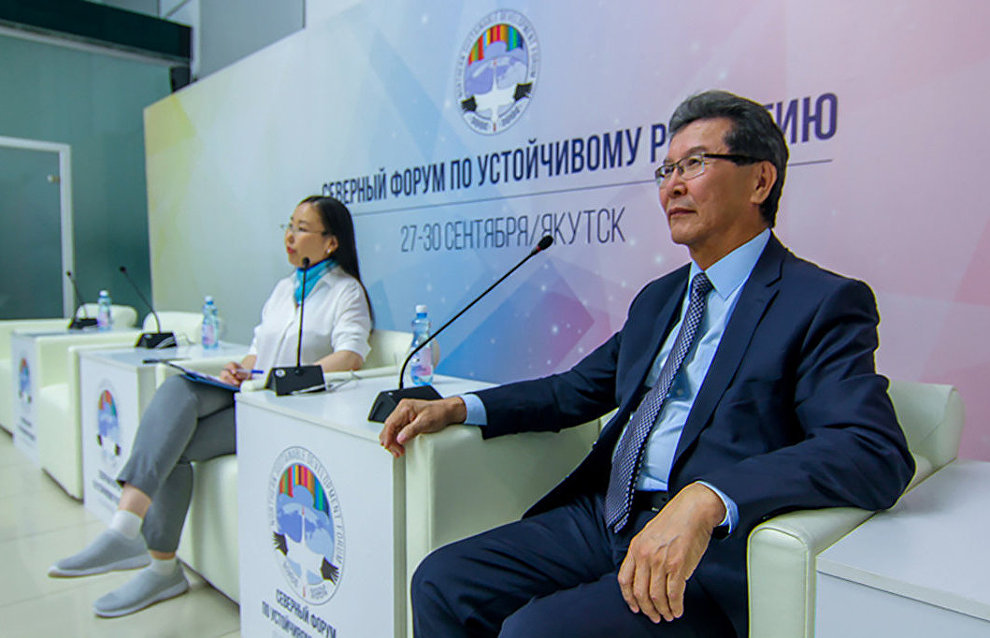 The 2nd Northern Sustainable Development Forum symbolically opened on the Day of the Republic of Sakha (Yakutia). The program of the first day included 17 events such as online exhibitions, roundtable meetings, research conferences and discussion sessions on topical issues of the sustainable development of the North.

In particular, the roundtable meeting "Creative Arctic: opportunities and challenges in the era of global transformation" focused on the potential of the region as a space for developing cultural and creative industries. During the 3rd regional research conference "Arctic vector: ethnological expertise — past, present and future," experts representing the leading research organizations of Russia and Yakutia spoke about ethnological expertise in the areas traditionally populated by the indigenous small-numbered peoples of the North in the Republic of Sakha (Yakutia).

Other important issues were covered by the roundtable meeting "Cooperation of state and business for the implementation of the Arctic zone development strategy" moderated by Alexander Vorotnikov, Associate Professor of the Department of Public Administration and Public Policy at the Institute of Social Sciences of the Russian Academy of National Economy and Public Administration (RANEPA) and Coordinator of the Expert Council at the Project Office for the Development of the Arctic. The roundtable participants discussed opportunities for public-private partnerships with respect to implementing the Arctic Development Strategy until 2035, building small and medium-sized businesses in the Arctic and other topics.

Adapting reindeer husbandry to climate change and globalization was the area of focus during the seminar held as part of the Human in the Arctic section, moderated by Mikhail Pogodayev, the Republic of Sakha's Deputy Minister for the Development of the Arctic and Affairs of the Peoples of the North, and Svein Mathiesen, Professor of the Sami University of Applied Sciences.

The 1st Northern Youth Forum, which was launched simultaneously, also offered an extensive program, including the roundtable meeting "Preserving the traditional knowledge of the indigenous peoples in the modern conditions of the North," the session "Entrepreneurship, sustainable technologies and innovative ecosystems of the North" and the conference "Mock youth forum of the United Nations Economic and Social Council (ECOSOC)."

The Homo Mobilis. Ayan Suola exhibition took place online. Organized by the Arctic State Institute of Culture and Arts to coincide with the Northern Sustainable Development Forum, the exhibition included works by 17 artists from several generations representing a wide variety of movements, from social realism to contemporary art.

All the forum events are held via Zoom and streamed live on the forum's official website and YouTube channel.