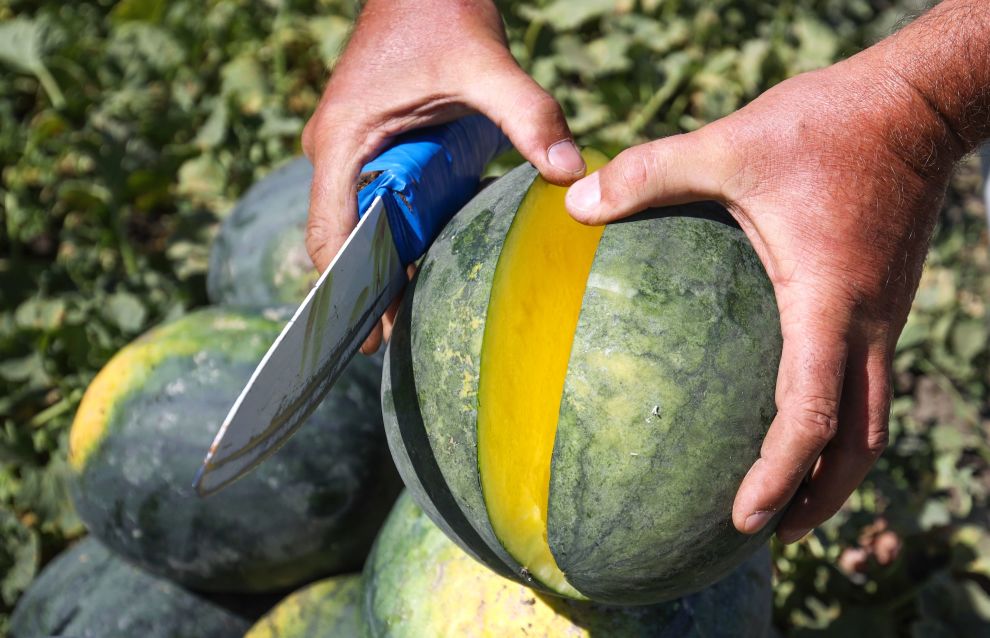 Surprise from Russian scientists: Melons can ripen in the Arctic

The Vavilov Russian Institute of Plant Genetic Resources managed to grow melons and watermelons in the high latitudes, according to the institute’s Scientific Secretary Yulia Ukhatova. The experiment was carried out at a polar station in Apatity in greenhouses without additional heating, lighting, or fertilizers. The same varieties were grown in the Krasnodar Territory at the same time.

“We thought that certain genotypes would respond well to the polar day conditions and would be able to bear fruit. Our expectations were confirmed: the long polar day helped us choose several well-studied varieties to recommend for the high latitudes in the North. <…> Melons and watermelons are the most interesting results. The quality of fruit at the polar station is quite good. Analysis shows that the fruit weighs almost as much as those grown at the Kuban station,” Yulia Ukhatova noted.

The fruit at the Kuban and Arctic stations were cut on the same day, September 10, and sent to St. Petersburg. A commission of 14 members tasted them and sent samples for biochemical tests. The Surprise variety of watermelon, with the yellow skin, proved to be the best.

“Surprise variety watermelons grown at the polar station were almost the same as the watermelon from the Kuban station both in taste and in biochemical composition. This means that this variety is well suited to Arctic conditions, while other varieties did not pass the selection process for the North,” Ukhatova added.

In the future, scientists plan to start experimenting with kiwi. They are also reviewing the possibility of growing grapes.

“I hope that soon we will be able to start this experiment and will be happy to share the results. The idea is the same as with the northern melon plantation: we simply want to provide high quality foodstuffs for consumers to grow in their own gardens,” Ukhatova noted.

The experimental polar station was founded by botanist Nikolai Vavilov in 1923. The scientists’ activities helped start agriculture on the Kola Peninsula. Over the years, many plant varieties have been adapted to the conditions in the high North and have been selected for use.