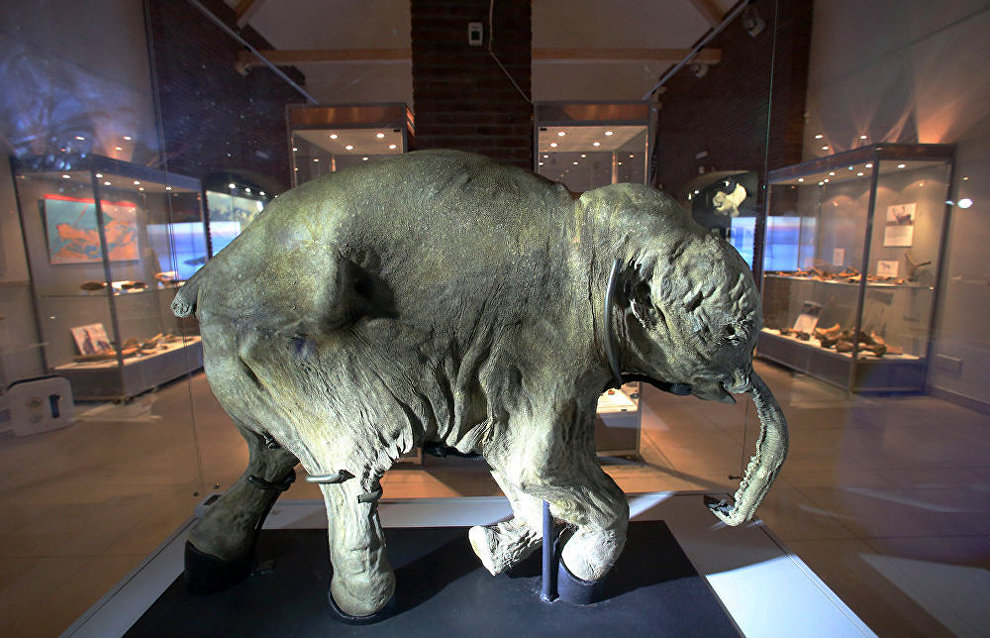 Yakutia to set up mammoth consortium for studying prehistoric animals

Yakutia has plans to set up a consortium of Russian and foreign researchers specializing in mammoth studies. These specialists will also study prehistoric fauna. The new consortium will support research projects of the World Mammoth Center, also being set up in the republic.

Yakutia is the global leader in terms of surviving remains of mammoth fauna and is home to 90 percent of these finds. The entire republic is also covered with permafrost reaching up to 800 meters beneath the ground. The unique permafrost environment makes it possible to find well-preserved paleontological objects. Up to 120 metric tons of mammoth tusks are unearthed in the republic each year.

“In June 2022, Yakutsk will host the International Mammoth Forum, and its participants are expected to sign agreements on setting up a mammoth consortium in the republic. The consortium aims to consolidate and integrate the resources of research and education institutions that study mammoth fauna in order to create a single science and education platform for ensuring the sustainable development of Yakutia and the Russian Arctic. Yakut schools will collaborate with leading Russian and foreign research centers, and this will facilitate the research activities of the World Mammoth Center,” the republic’s head, Aisen Nikolayev, noted.

The World Mammoth Center is being established to expand the planet’s biodiversity by reviving extinct biological species and creating more sophisticated ecosystems. The center will also aim to preserve the world’s cultural and scientific heritage.

The World Mammoth Center will focus on systematizing the sector and cataloguing discoveries of mammoth fauna. This will make it possible to obtain new knowledge about the climate and the ecology of the late Pleistocene period, to construct ancient genomes, cellular tissue structures and biocenoses, and to raise public awareness of the Arctic.

“The center’s scientific concept sets forth a complete cycle, including efforts to locate fossils of mammoth fauna, to preserve them in their original form, to conduct comprehensive studies of mammoth remains, and to show them to broad audiences,” the head of the republic added.

According to Nikolayev, there are plans to build five key facilities, including a cryogenic storage facility for mammoth fauna. It will be designed using the principles that local residents have applied through the ages. They take advantage of permafrost properties and long Yakut winters for storing food and building special ice vaults that do not melt even during the hottest summer months.

The plans also include building a scientific laboratory complex that consists of three sectors, namely, a paleontology sector for traditional research, a sector for radiography and isotope research and radiocarbon dating whose experts will determine the migration routes of ancient animals, and a paleo-genomics sector for genetic research on ancient genomes, including work to refine cloning methods.

“This complex will serve as a foundation for implementing the World Mammoth Center’s ambitious goal of reviving the mammoth in this age of bioengineering,” he explained.

The World Mammoth Center will also feature a museum and exhibition facility with an education center, which will make it possible to organize paleontology exhibitions, to study methods for preserving museum exhibits, and to conduct anatomic and morphological research, including that using interactive and multimedia technologies.