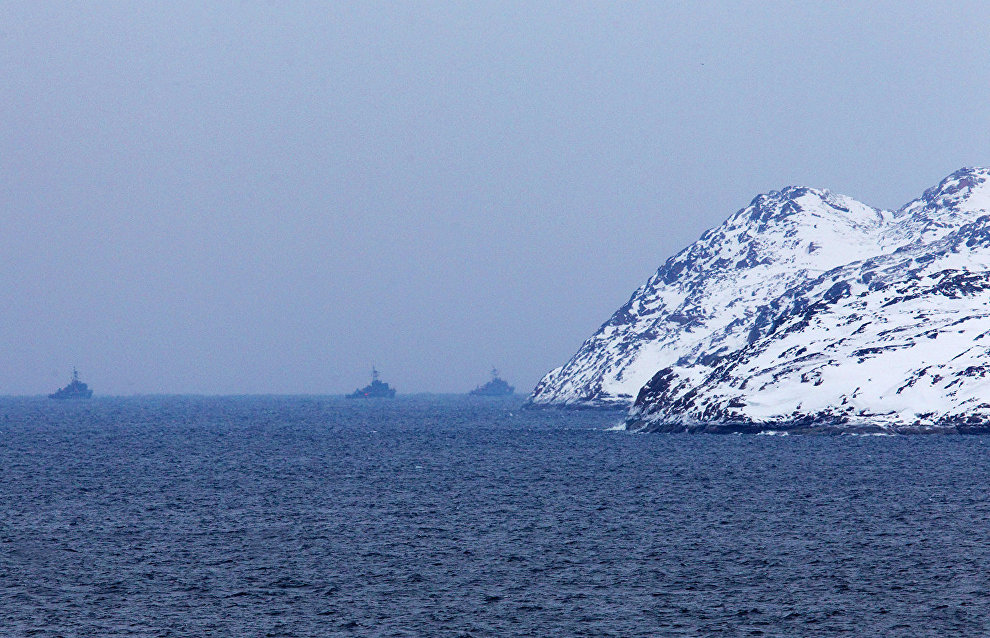 About 30 ships and vessels from the Northern Fleet (NF) took part in exercises to ensure security in the near maritime zone and along the Northern Sea Route (NSR).

"The Northern Fleet held command and staff exercises to manage the forces and troops of the Kola Flotilla diverse forces in protecting the sovereignty of the Russian Federation in the near sea zone and in the waters of the Northern Sea Route. The exercise was led by Northern Fleet commander Admiral Alexander Moiseyev. It involved up to 1,500 people, about 60 units of military and special equipment, eight aircraft and up to 30 ships and support vessels," the Northern Fleet press service reported.

The exercises were used to assess the level of preparedness of the Northern Fleet military command in planning and conducting actions to resolve crisis situations in the Arctic Ocean area and troop command and control as part of the defense of the Russian Arctic territories, to ensure military security and maritime economic activity of the Russian Federation in the Arctic.

As part of the exercises, the ship groups of the Kola Flotilla diverse forces practiced their drills in the Barents Sea and the Laptev Sea while the coastal missile unit practiced from the Bastion and Bal coastal missile complexes on the Sredny and Rybachy peninsulas.

Northern Fleet Arctic Group ships, which operate in the Laptev Sea under Northern Fleet Deputy Commander Vice-Admiral Oleg Golubev, conducted a series of ship-based exercises in areas near the Northern Sea Route. The exercises were aimed at ensuring security for Russia's maritime and economic activities in the Arctic.