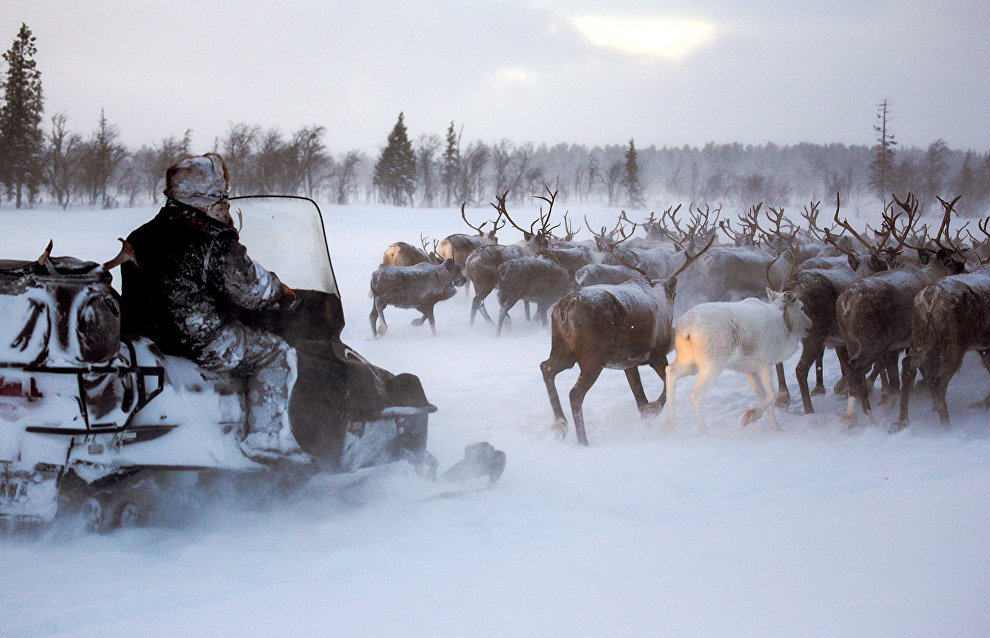 Representatives of small indigenous Northern ethnic groups suggest establishing a reindeer breeders' training center in Yakutsk. Those who go there will master cutting-edge technology, the English language and essentials of economics, said Maria Pogodayeva, head of a nomadic tribal communities and a member of the Council for Small Indigenous Peoples of the North affiliated with the Head of the Republic of Sakha (Yakutia).

"We have suggested establishing a modern reindeer breeders' training center in Yakutsk that would train breeders to work in present-day standards. Apart from traditional knowledge, modern reindeer breeders must be able to operate up-to-date processing and production equipment. They must also study languages, so as to be able to learn and adopt the reindeer breeding experience of other countries. And, finally, they have to gain entrepreneurial skills and obtain economic and legal knowledge," Pogodayeva was quoted by TASS as saying.

The proposal is listed among recommendations to state agencies.

"The proposal has been sent to the region's Ministry of Education and Science. We have drafted approximate academic plans and the training center's concept. While doing this, we have benefited from the experience and achievements of Northern European countries' Sami reindeer breeders who have elevated the sector to a new technological level, while retaining traditional knowledge," Pogodayeva told TASS.

According to the regional Committee on Arctic Affairs, Yakutia has 106 reindeer-breeding farms and tribal communities. A total of 1,792 people are involved in the sector. According to the authorities, the people of Yakutia keep over 150,000 reindeer.