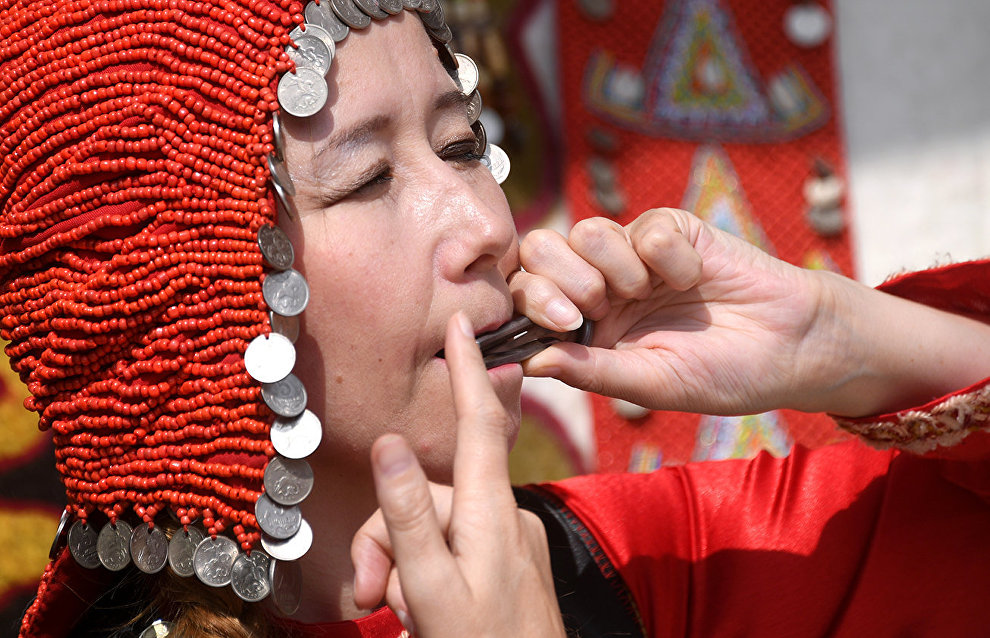 A jaw harp school has opened in the Arctic village of Khatanga, Krasnoyarsk Territory. Twenty students are learning how to play this old-time musical instrument.

Zinaida Maryasova, an employee of the Taymyr Nature Reserves, is the person behind restoring the tradition of playing the jaw harp. Her organization is involved in preserving many traditions of the small indigenous ethnicities of the North. She says that jaw harp is the only traditional musical instrument of the Dolgans, a northern people who are few in number. In the last century this skill almost died out but now the tradition has returned.

The musical instruments for the students were made by Dmitry Chuprin who works at the Taymyr Folk Art Center in Dudinka. Some of the jaw harps were brought from Yakutia where the musical tradition has continued.

Making jaw harps is a very demanding and, therefore, rare craft, according to the master. Jaw harps may have their specifics depending on the community that plays them. Also, jaw harps for children and adults differ slightly.

A jaw harp, sometimes also called "khomus," consists of a metal frame with a reed in the middle. The reed is held tightly by the performer's lips while his mouth and throat serve as a resonator. The musician uses his or her finger or a cord to move the reed while controlling the timbre with the breath.

Researchers believe that in the past, the jaw harp was one of the world's most common musical instruments, played by the ancestors of modern Europeans, Asians and Oceanians. The first jaw harp in Russia, dating back to the 13th century, was found in Veliky Novgorod.