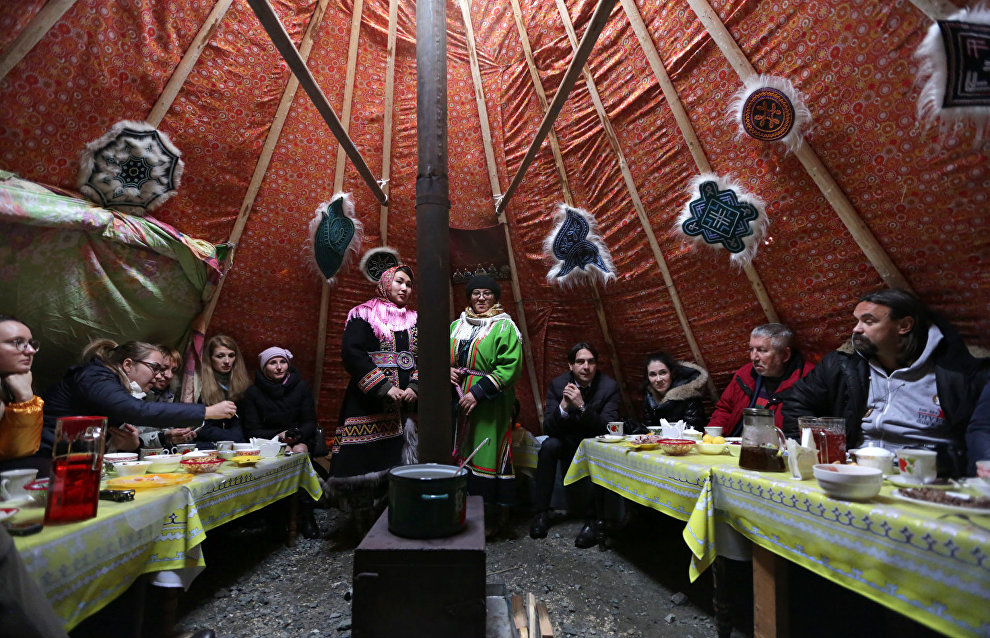 Deputy Minister for the Development of the Russian Far East and the Arctic Alexander Krutikov held the first meeting of the working group under the Far East Human Capital Development Agency that was developing a draft program to support the economic activities of the indigenous peoples of the North living in the Russian Arctic zone. The meeting was held by videoconference and brought together almost 60 experts.

"It is important that we launch the program this year to support the economic activities of the indigenous peoples. We have several months to finalize the draft and begin agreeing it with all the interested agencies," Krutikov said at the meeting.

Krutikov added that the State Duma was examining the draft law on support for business activities in the Arctic, which would perhaps be adopted by the end of May and come into effect in the summer. He noted that the ministry was prioritizing the development of economic activities primarily in order to ensure the stability of people's lives in the Arctic territories. According to Krutikov, by the second reading, deputies had made amendments concerning the support of indigenous people and the ministry had supported them.

"These amendments include the development and governmental approval of a separate support program for the traditional economic activities of the peoples. Our working group is responsible for this task. And I do not mean support for only traditional but for all economic activities of the indigenous peoples of the North, although the specifics of every Arctic region must be taken into consideration," the deputy minister said.

The Far East Human Capital Development Agency is taking on the role of organizer in the development of the program and arranging cooperation with experts. At the meeting, Sergei Khovrat, director general of the agency, reported the first results of the preparations and the next plans.

"As of today, we and the Association of Small Indigenous Peoples of the North, Siberia and the Far East have carried out an analysis of Russian and foreign law. The results obtained will form the basis of the program. This year we scheduled seminars to disseminate best practices in social and business cooperation between the indigenous peoples of the North and the authorities. In addition to this, we will hold a series of seminars aimed at gaining information on employment and self-employment among the indigenous peoples of the North," Sergei Khovrat said.

He also noted the necessity of a structural approach, representing all the agencies working with indigenous minorities and including provisions on education, because every economic activity requires skills and knowledge.

The deputy minister supported a number of proposals from the participants in the meeting, including the need to include legislative measures in the program as well as financial ones in order to close any legal gaps in the interests of indigenous peoples.