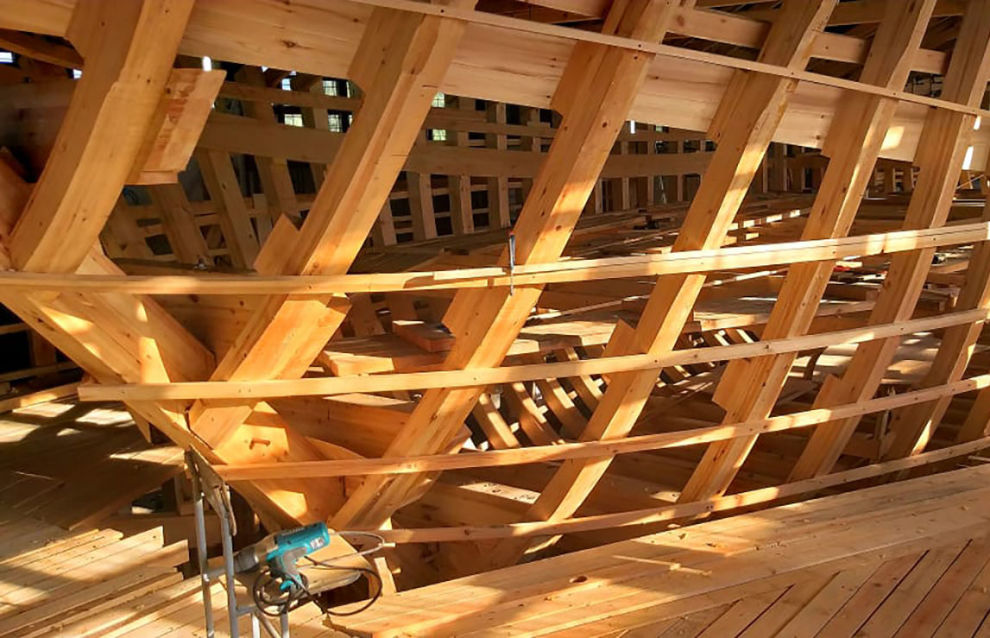 An Arctic school of traditional wooden shipbuilding opened on Moseyev Island in Arkhangelsk on October 5. The project, a winner of the 2020 contest held by the Presidential Grants Foundation, is aimed at combining cultural development with education during the construction of a koch, a wooden sailing boat for transpolar voyages in Arctic ice conditions that was popular among the Pomors. One of the key goals is to create conditions for teaching the traditional manual shipbuilding skills of the northern people to the younger generation.

“The idea of the school is based on a project launched in Arkhangelsk to build a koch. The school of traditional wooden shipbuilding, which will operate at the project’s site, is unique for the region. The project also includes the establishment of a competency and technology center designed to preserve and promote wooden shipbuilding traditions,” noted Gleb Pletnyov, head of business development at the Arkhangelsk Region Shipbuilding Cluster.

Enrollment is open to people from the Northwestern Federal District and other Russian regions. Ten students have been already selected from the 40 applicants of different ages and professions from Moscow, St. Petersburg, Petrozavodsk, Perm and, of course, the Arkhangelsk Region.

A one-year course will be divided into four two-month stages, which will combine theory with practical carpentry and joiner training at the Arkhangelsk shipyard where a koch is being built.

There is also an event tourism program: everyone interested will be invited to join the project as a volunteer and visit the region’s shipyards. School and university students from the Arkhangelsk Region and youth groups from other regions in the Northwestern Federal District will be able to attend the Open Workshop courses organized during school holidays, during which they will learn the details of building a koch. The project organizers hope that this will fuel their interest in the traditional northern manual professions, which are currently in demand on the market, as well as give them one more reason for living and working in the North.

In addition, the Shipbuilding and Arctic Marine Engineering Cluster of the Arkhangelsk Region and the Agency for the Development of Human Capital in the Far East and the Arctic are planning to create a database of the school’s graduates and to develop long-term ties with the region’s leading shipbuilding companies that could offer employment to them.