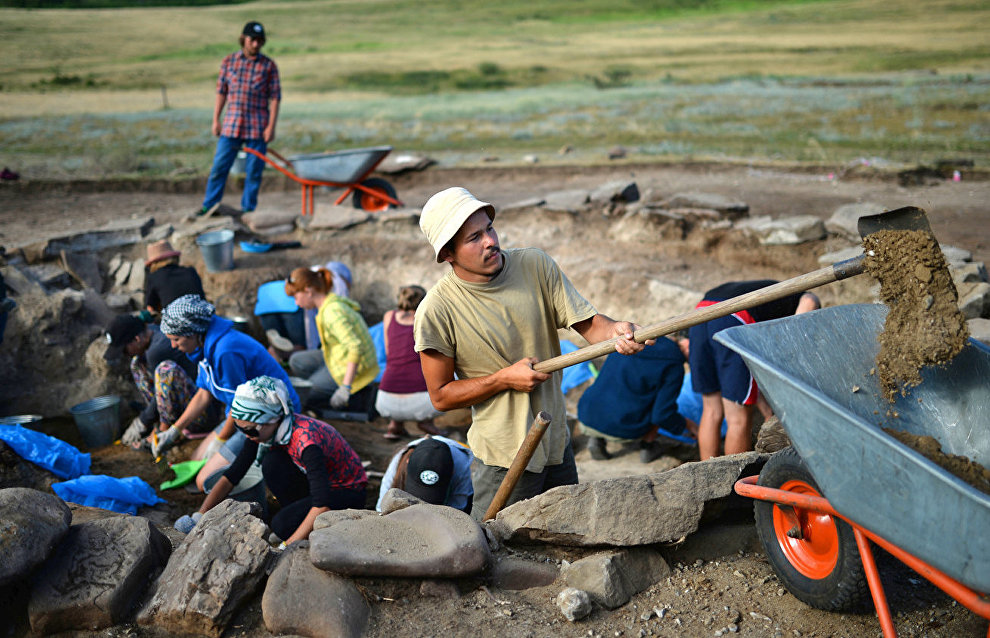 This year, archeologists are planning an entire cycle of expeditions for an in-depth study of a burial mound and sites in the Yamal-Nenets Autonomous Area for the first time. This research will help them learn more about the ancient and medieval history of a northern area of Western Siberia and Yamal, when local residents had no written language of their own.

“Yamal archeologists will conduct in-depth studies of the Nyurymposllor 4 burial mound and the Yorkytinskoye 3 and Tovygort  sites during the 2022 summer fieldwork season. Researchers from the Scientific Center for Arctic Research discovered the landmarks fairly recently, and no excavation work has been conducted there so far. Scientists hope that subsequent research will provide an insight into the ancient and medieval history of a northern area of Western Siberia and Yamal, when local residents had no written language of their own. Modern science can obtain such information only through archeological research,” the regional government said in a statement.

The first expedition will set out from Salekhard for the Nyurymposllor 4 burial mound dating to the Late Middle Ages, namely, the 16th and 17th centuries, in the Priuralsky District. The landmark has 64 burial sites, and experts will be able to learn more about material culture levels of medieval West Siberian residents by studying local funeral rites.

In late June, another expedition will leave for the Tovygort site, discovered in 2013 in the Shuryshkarsky District. Although its age has not yet been determined, ceramic items found on the site show that the community was established in the Early Iron Age or the first to third centuries AD.

In 2020-2021, a team of researchers conducted excavation work at the Yorkutinskaya campsite dating to the Eneolithic period or the sixth to fifth centuries BC in the southern section of the Yamal Peninsula. Following archeological reconnaissance, conducted 1,000 meters from the campsite, scientists located five new landmarks dating to approximately the same period. All of them were named the Yorkutinskoye site, and archeologists will study one of them later this year.