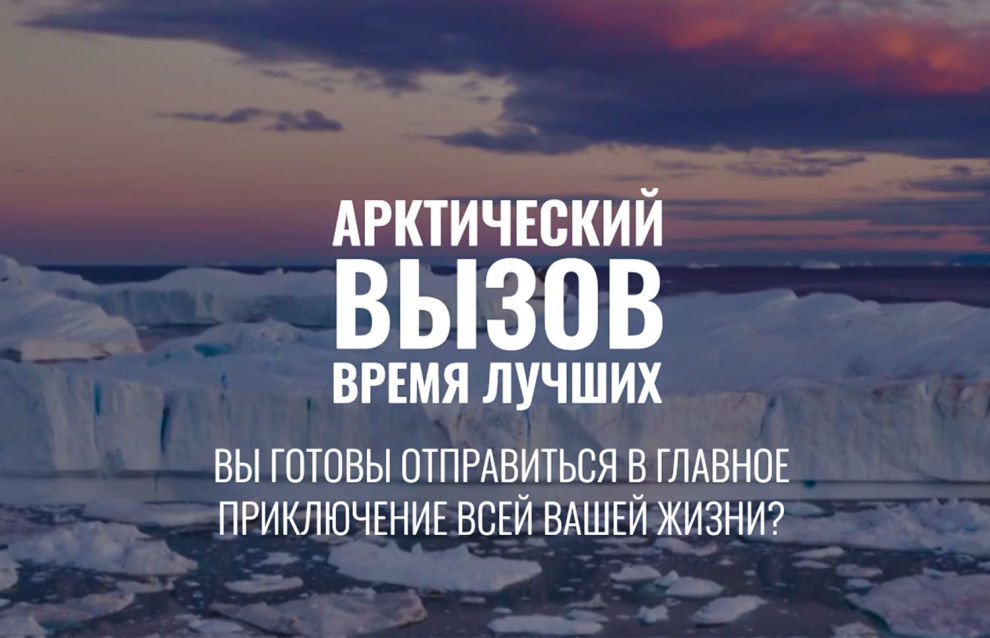 The Arctic Challenge, a unique recruitment project seeking to build a management team of super stars for Russia’s Arctic regions, was launched during the 25th St. Petersburg International Economic Forum. Former and current top managers of commercial companies are welcome to take part.

The Arctic Challenge was coined to search for and select qualified professionals for further employment in state and municipal management and at core regional production facilities, as well as to improve social mobility. The project was created by the Russian Far East and Arctic Development Corporation in cooperation with the Agency of Strategic Initiatives (ASI), with the support of the Russian Ministry for the Development of the Far East and Arctic.

“The ASI has solid experience in the effective building of a brilliant staffing lineup. I want to ask our distinguished governors and company leaders to support the Arctic Challenge. We have received a great response and want to see job vacancies in public administration and the private sector. I am confident that, together with the ASI, we will build a team of super stars for you. Come to the Arctic. Come to the Barents Sea and other northern seas. We promise it will be more than an act of bravery. It will be incredibly thrilling and fascinating,” said Alexei Chekunkov, Minister for the Development of the Russian Far East and Arctic.

According to Dmitry Peskov, ASI’s Director for Young Professionals and Special Presidential Representative for Digital and Technological Development, the Arctic Challenge could engage former employees of the Western companies that have left Russia, to deal with staff shortages in the Arctic. He noted that “the number of people who want to take a big risk is always significantly higher.”

“We can see how well-established and fully successful managers suddenly change everything. Of course, we can see this huge potential, especially now. It is very important to complete the Arctic Challenge fast, building on the aspirations of former employees of Western companies. Then we will be able to bring the outstanding managers to the Arctic whom we could not have attracted here a few years ago,” Dmitry Peskov commented.

Nine Arctic regions are already participating in the Arctic Challenge, including the Murmansk Region, the Nenets Autonomous Area, Chukotka, the Yamal-Nenets Autonomous Area, the republics of Komi, Karelia, Yakutia (Sakha), the Arkhangelsk Region and the Krasnoyarsk Territory. A list of 200 open management positions has been compiled, with the help of the regional authorities.

Candidate selection does not require in-person attendance. They will be selected through a series of public events, as well as group and individual assessments. It is expected that more than 10,000 applicants will be considered. The first job offers will be handed out at the 2022 Eastern Economic Forum, which is to be held on September 5–8 in Vladivostok.

Read more about the project at арктический-вызов.рф.