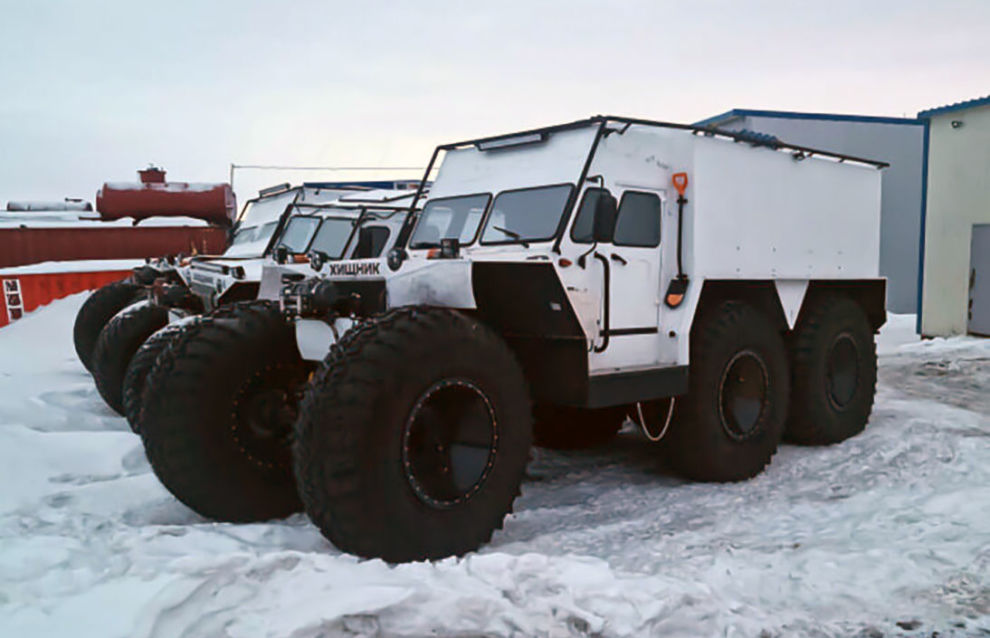 Passenger transportation on snow and swamp buggies begins in Chukotka

A transport company has launched passenger and freight transportation on snow and swamp buggies in the Anadyr Region, Chukotka.

“The Kayur company has started providing services for the transportation of passengers and cargo in the Anadyr Region. A resident of the Chukotka priority development territory set up the new enterprise that will operate year-round by acquiring two snow and swamp vehicles capable of overcoming impassable conditions in any season. It is planned to transport at least 100 tons of cargo per year,” the regional government reports.

To date, 11.6 million rubles have been invested in the project.

Transport accessibility is an urgent issue in the region. During fall and winter, cyclones descend on the region, bringing storm and hurricane-force winds, which often disrupt air traffic in Chukotka. Due to the harsh climate, paved roads are only available in cities and nearby villages. In the rest of the region, winter roads are used. They are unpaved, and movement is only possible in winter on packed snow. With the upcoming fall and winter, cyclones come to the region, storm and hurricane winds blow, which often disrupts air traffic in Chukotka.[М1]

The Khishchnik snow and swamp buggies are designed specifically for such difficult conditions. The capacity of each cabin is about 1,500 kg, accommodating up to 12 passengers. Due to the ultra-low-pressure tires, the all-terrain vehicle can move without damaging soil and vegetation. It can drive through swampy shallow waters or a proper swamp, ford a river or a small lake without sinking, and traverse fresh snow.