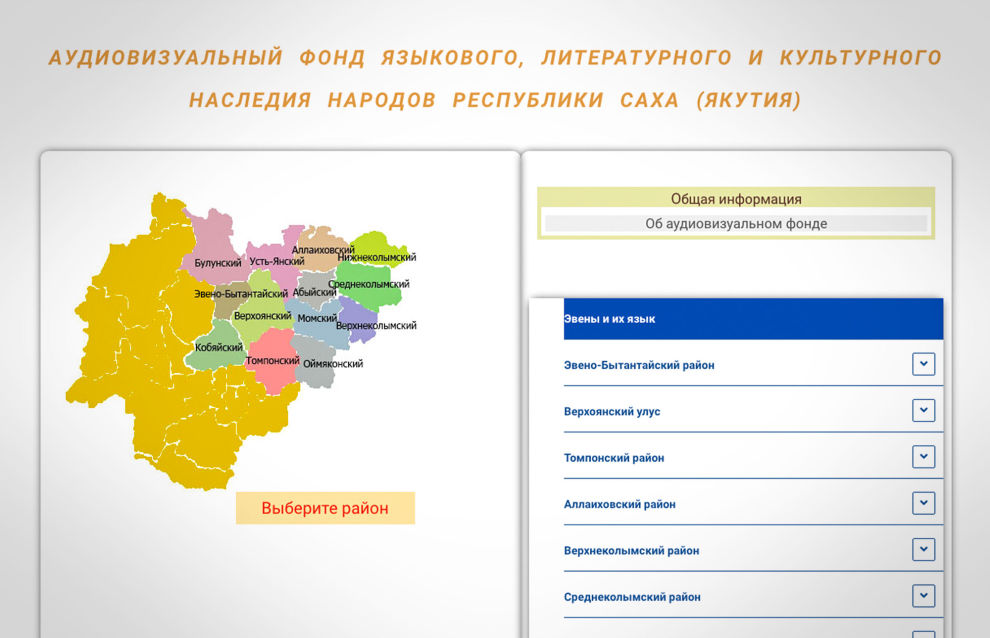 © Institute for Humanities Research and Indigenous Studies of the North, Siberian Branch of the Russian Academy of Sciences (RAS)

Researchers from the Institute for Humanities Research and Indigenous Studies of the North at the Siberian Branch of the Russian Academy of Sciences have created an audiovisual collection of the dialects of the Even and Tundra Yukaghir languages.

“The audio and video recordings on the institute’s website are available and fit for use in teaching the Even and Tundra Yukaghir languages and folklore in general educational schools, as well as secondary and higher educational institutions, which will help preserve these disappearing languages,” the institute press service reported.

The head of the project, Sardana Sharina (Ph.D. in Philology), noted that the collection includes a section on the oral folk art of Evens, materials on undescribed dialects and sub-dialects of the Even language, and folklore of the Tundra Yukaghir language.

Representatives of the institute said that there are plans to develop an audiovisual collection for all Even regions in Yakutia and the language of forest Yukaghirs, as well as language materials on Russian regions.

The project was carried out under the state program for the preservation and development of state and official languages in the Republic of Sakha (Yakutia) in 2020-2024.

According to the RAS Institute of Linguistics, the Even language (it belongs to the Tungus-Manchu language group and is widespread in the Far East) is spoken by over 5,000 people. About 30 people speak the Tundra Yukaghir language (in Yakutia and the Magadan Region). Both languages are endangered.