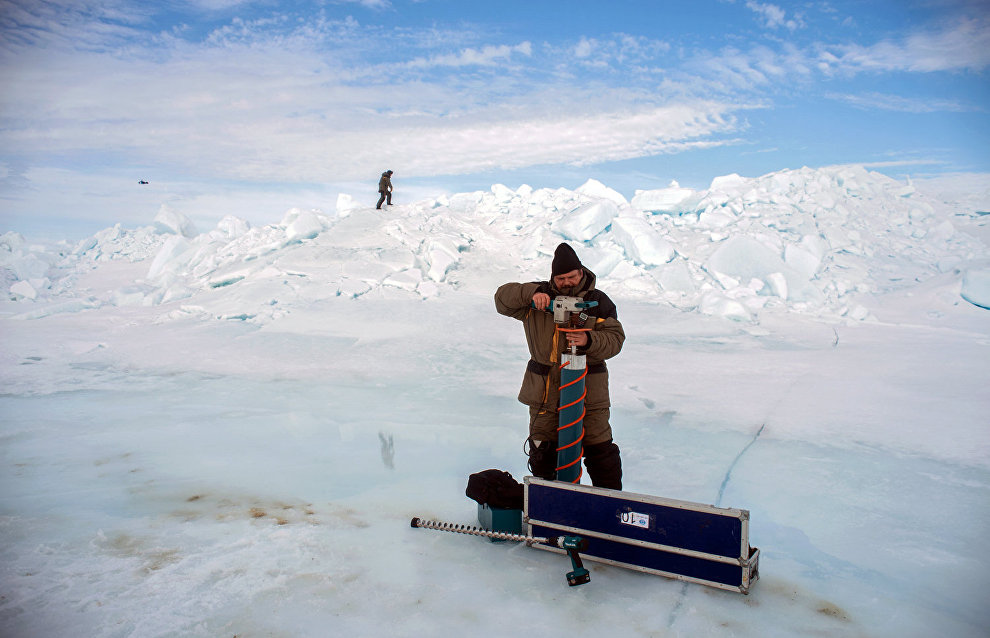 The Kara-Winter 2015 expedition has successfully concluded, the Arctic-info news agency reports. The expedition was organized by the Rosneft Arctic Research and Design Center for Offshore Developments, with the support of the Arctic and Antarctic Research Institute, for a large-scale study of the Arctic. The Russian oil corporation intends to use the data obtained for future shelf development.

The Yamal nuclear icebreaker took researchers along the entire shoreline of the Russian Arctic, from the Barents Sea to the East Siberian Sea, on a 10-week expedition that involved meteorological, oceanographic, glaciological and biological observations and ice monitoring. Scientists studied the mechanical properties of ice, and morphometric parameters of flat ice and pressure ridges to calculate the load on potential structures. They placed over 100 autonomous sensors on icebergs and ice fields to monitor their location and drift parameters. Biologists studied the behavior of Arctic sea mammals and birds, particularly polar bears.

The data collected by this and previous expeditions will help Rosneft identify safe locations for geological exploration, design drilling rigs and other facilities for oil extraction, and choose proper oil and gas transportation routes and potential routes for underwater pipelines.

"The expedition's unique data will not be used solely to serve the company's practical interests. Information of this kind is considered a breakthrough in Arctic research by the scientific community," Rosneft's press release reads.

According to the company's press service, in terms of the scale of research and the number of people involved, the Kara-Winter 2015 expedition was the world's largest Arctic expedition in the last 20 years.