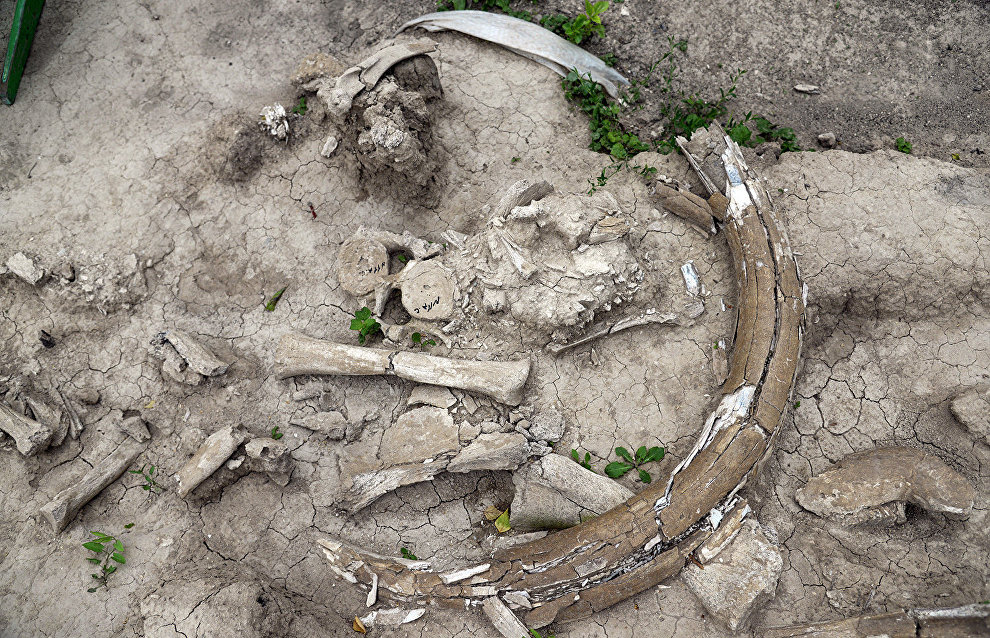 The parliament of Yakutia has worked out a draft federal law on the use of mammoth fossils. According to Izvestia, the document regulates relations of tusk possession and use.

Head of the Permanent Parliamentary Committee for Land Relations, Natural Resources and Environment Vladimir Prokopyev describes the draft law as vital, given the fact that the number of licenses issued in Yakutia for gathering mammoth tusks for industrial purposes has doubled. The problem is that no taxes are being paid. There is also no state monitoring of this activity, even though subsurface resources are constantly being interfered with.

According to Prokopyev, the issue of providing legal regulation of mammoth tusk gathering has been brought up in Yakutia since 2009, but as yet special measures have not been taken by the federal authorities. People in Yakutia believe that mammoth tusks should be classified as a special natural resource.

Izvestia reports that the extraction of mammoth remains is regulated in the republic by regional law. One tusk weighing 50 kilograms has a market value of $15,000. Presently, the Russian Arctic contains 150,000-180,000 metric tons of mammoth bones. Up to 50 metric tons are extracted annually.