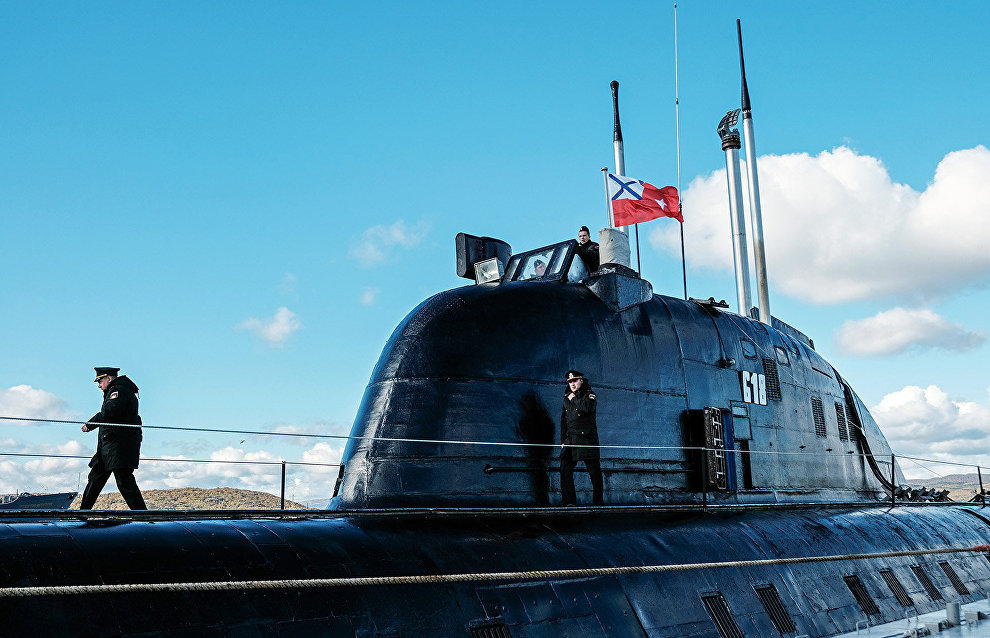 On September 18, the Russian Foundation for Advanced Research will present Rosatom with documentation on a nuclear-powered submarine, the Iceberg robot for developing mineral resources below the Arctic ice, head of the foundation's project group Viktor Litvinenko told RIA Novosti.

"We are currently passing the project documentation to the federal executive bodies. We carried out five intensive pilot projects that, in the long term, will allow the building of new equipment for developing the Arctic sea territories in harsh conditions. There is nothing like this anywhere in the world. The documentation is voluminous. We are currently transferring it to Rosatom," Litvinenko commented.

He added that the next step should be the creation of an entity to handle the project in cooperation with Rosneft, Gazprom, United Shipbuilding Corporation, Rosatom and someday, perhaps Rostec.

"This company will supply hardware to Gazprom and Rosneft. Perhaps it will enter the international market with its unique self-contained systems," Litvinenko added.

The Foundation for Advanced Research is working on the Iceberg project at the Rubin Central Design Bureau for Marine Engineering. The project is to produce unique robotic systems that can fully maintain the autonomous underwater and subglacial development of hydrocarbon deposits in the Arctic areas covered with ice throughout the year. In September 2017, the foundation reported the completion of pilot designs for energy, transportation and assembly, maintenance and drilling equipment as well as a seismic survey system.