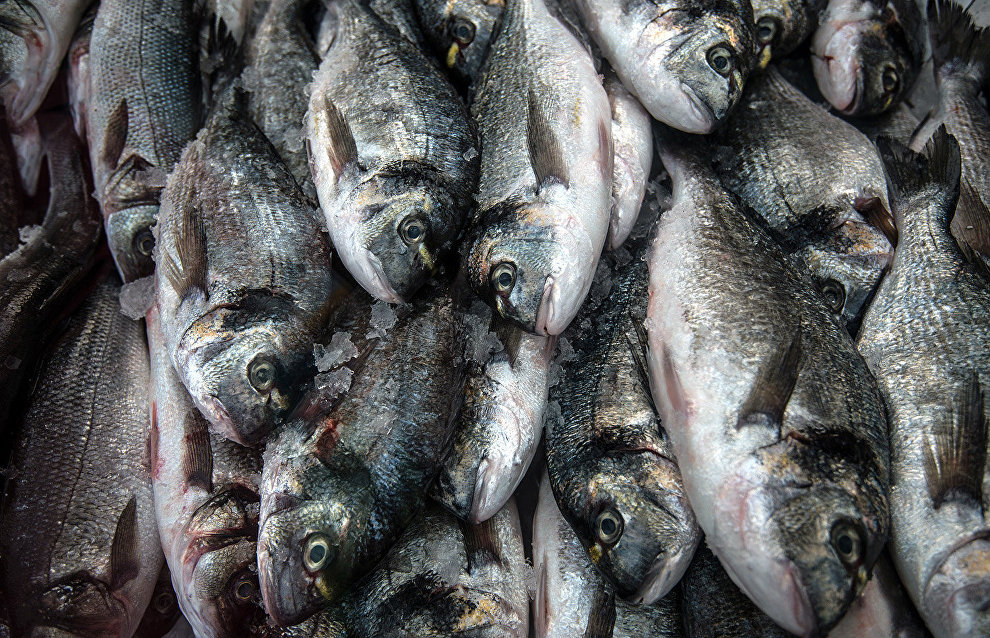 Federal Agency for Fishery, Rosatom and fishing companies to set up working group for fish deliveries from Far East via Northern Sea Route

The Federal Agency for Fishery, Rosatom State Corporation and fishing companies will establish a working group whose members are to set up a shipping line for fish deliveries from the Far East to the European part of Russia via the Northern Sea Route, according to the agency's press service.

The agreement was reached October 24 at a meeting of representatives of Rosatom's Northern Sea Route directorate, the Federal Agency for Fishery, fishing companies and associations, executive agencies, and regional administrations.

"It is necessary to develop alternative routes for delivering fish products from the Far East, and this will help boost the Russian Federation's food security. Alternative options include establishing a permanent shipping line for delivering fish products from Russia's Far East via the Northern Sea Route," Deputy Head of the Federal Agency for Fishery Pyotr Savchuk said.

According to the agency's press service, Far Eastern fish are already being delivered via the Northern Sea Route, including two consignments this year.

The nuclear-powered icebreaking LASH carrier and container ship Sevmorput can carry up to 1,300 containers and plow through 1.5-meter-thick ice. If our colleagues support us, it will be possible to organize several pre-scheduled trips during the 2019 navigation season," Vyacheslav Ruksha noted.

A comprehensive approach is needed to implement the project, including freight for home-bound cargo ships, efforts to upgrade seaport terminals, and new refrigerator and container sites in Russia's Far East and also in Central Russia. "At the present stage, it would be appropriate to stockpile and deliver fish consignments via the Northern Sea Route via the Petropavlovsk-Kamchatsky seaport," the press service said in a statement.