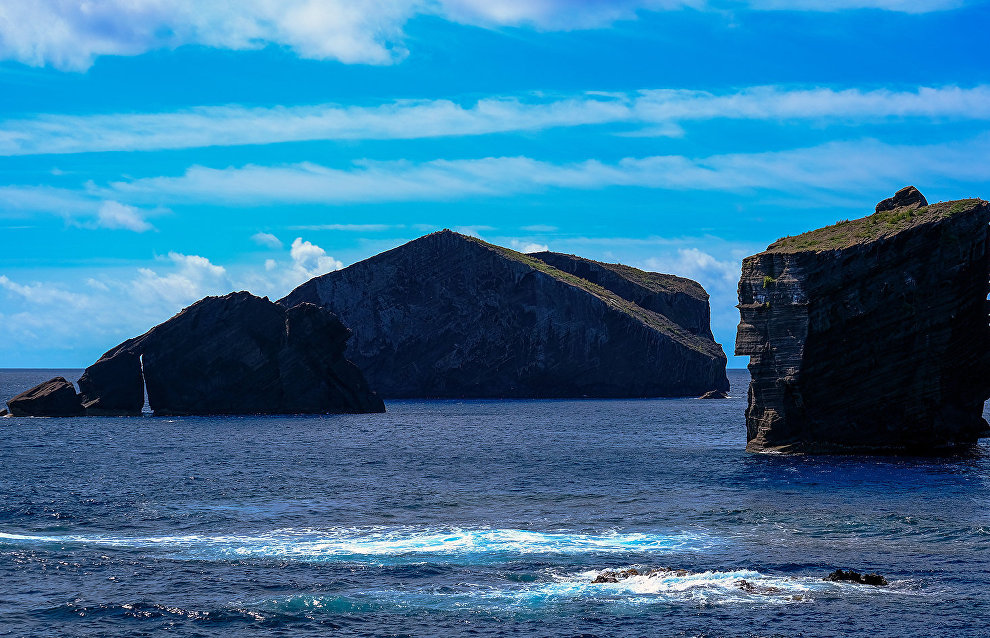 Specialists sailing on the research vessel Professor Logachyov are already studying the geological structure of a 1,800 square kilometer section of the Atlantic Ocean's seabed along the axis of the Mid-Atlantic Ridge. The expedition's members are set to complete a program of geological/geophysical research and to locate promising ore formations of deep-water polymetallic sulfides under the first six-year stage of a 15-year contract, signed in 2012 between Russia and the International Seabed Authority, according to the Rosgeologiya press service.

Expedition members have already studied 82 out of the 100 areas of the Russian prospecting sector, and they have located and studied 12 ore objects there. Experts predict that they contain an estimated 104.8 million metric tons of copper-zinc and copper-pyrite ores. The 18 areas being studied by the new expedition are part of the southern cluster of the Russian prospecting sector where three major ore formations were also discovered.

In December 2019, researchers aboard the Professor Logachyov will conduct resonance-acoustic profiling, including sideways sonar seafloor mapping and electrical prospecting operations. These projects will make it possible to discover tectonic disruptions and natural electric field abnormalities. They will also conduct hydro-physical sounding of water layers and identify abnormal ocean-water structures linked with hydro-thermal activity.

In late December, the vessel is to dock at Bridgetown port, Barbados Island, in the Caribbean Sea, with three ISA specialists joining the expedition there. They will undergo advanced training aboard the Professor Logachyov. A group of Rosgeologiya specialists, also due to board the ship in Bridgetown, will conduct the expedition's geological projects. In January 2020, geologists will conduct testing in newly-found abnormal areas, including seabed television profiling and geological approbation (scooping up seabed samples). Detailed prospecting operations will be conducted after mineral deposits are located.