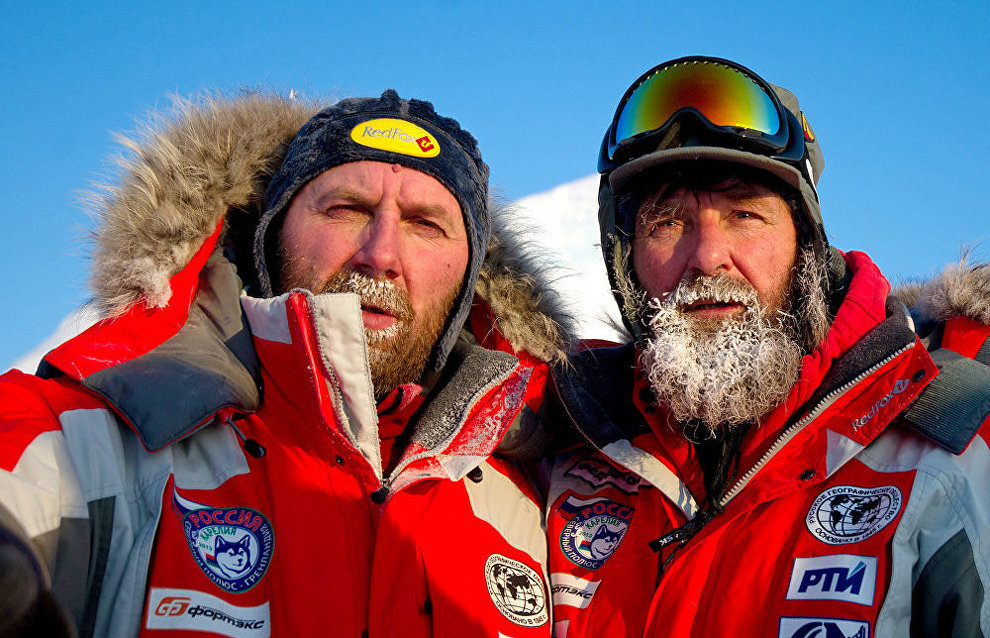 Russian travelers Fyodor Konyukhov and Viktor Simonov are planning to take a sled, pulled by 14 dogs, over the Arctic via the North Pole to Canada in 2017, Interfax reports.

According to Simonov, seven dogs have already been to the North Pole, and seven more will be trained over the next year.

"Our Arctic expedition is scheduled for February 15, 2017. We are planning to leave from Sredny Island near Cape Arktichesky in Russia and to reach Canada via the North Pole by June 1," Simonov told Interfax on February 10.

"Many people have tried, unsuccessfully, to attempt this expedition before us," Konyukhov said.

There are also plans to break the Russian balloon flight-distance record next year, Konyukhov said.

Konyukhov and Simonov are currently running dog sleds through national parks in Karelia and the Arkhangelsk Region to prepare for the 2017 expedition.

In April 2013, both travelers tried to take a dog sled from the North Pole to Greenland across the Arctic coast but were forced to abort the trip because of ice cracks and warm weather.