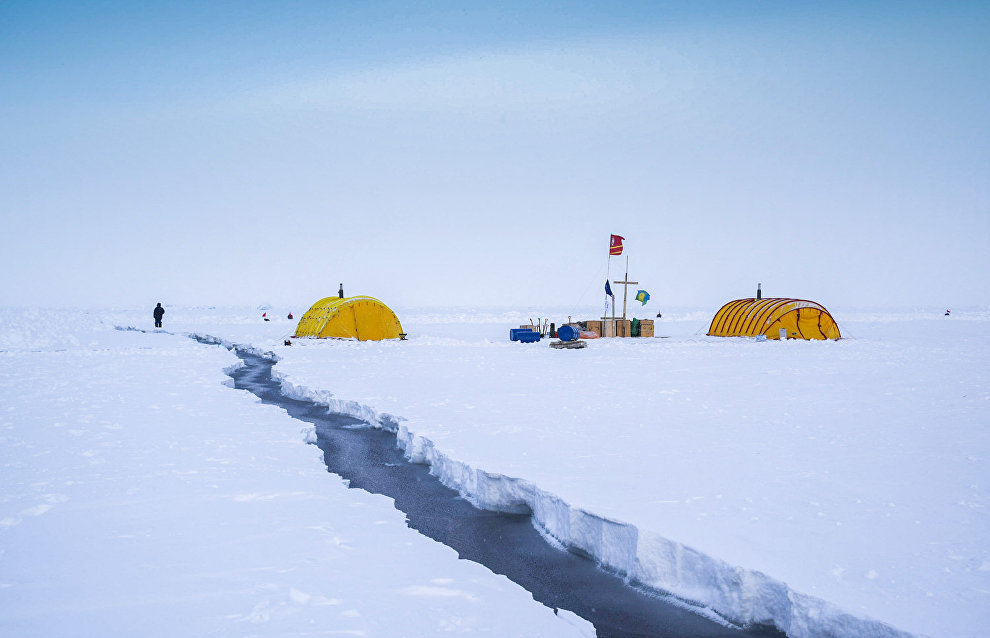 Moscow school students will continue doing research at the Barneo polar station next year; in addition, there will be the 11th ski trip to the North Pole, said the famous explorer Dmitry Shparo at a news conference at Rossiya Segodnya International Information Agency.

"Now we are not only dreaming about the 11th expedition to the North Pole but about the second research expedition. I think next year the second Big Arctic Expedition that will continue the amazing research our smart kids carried out at the drifting station," Dmitry Shparo said.

According to Shparo, April 2018 was the first time when 14 school students were in the Arctic at once. Two teams were sent there: skiers led by Merited Polar Explorer Matvei Shparo reached the North Pole on April 25 and another seven children carried out research at the Barneo station, near the Pole. The students were studying the current conditions of ice, sea water, and the weather, as well as monitoring Earth's magnetic pole and catching sea invertebrates."